Pure Karma: Steele calls it 'a war of Obama's choosing'

Some have overtly treated Michael Steele with hostility, with many frustrated conservatives expressing disagreement with some of his more controversial and tenuous remarks.

While he is far from perfect, removing him could be more destructive -- and rather pointless to boot.

However, give credit where credit is due. This is golden irony offered from Mr. Steele. He is absolutely on target with this offering, (even if I personally disagree with any conception, suggesting the U.S. cannot win 'again' in Afghanistan):

"Keep in mind again, federal candidates, this was a war of Obama's choosing. This was not something that the United States had actively prosecuted or wanted to engage in," he said. "But it was the president who was trying to be cute by half by building a script demonizing Iraq, while saying the battle really should be in Afghanistan. Well, if he is such a student of history, has he not understood that you know that's the one thing you don't do, is engage in a land war in Afghanistan?"

The other day, we watched an utterly dishonest Mr. Obama offering numerous lies on many subjects. 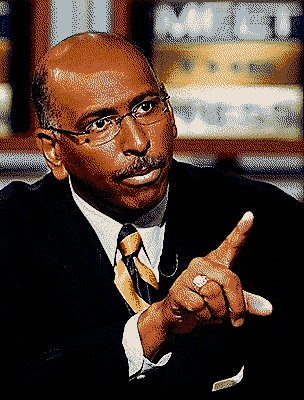 Perhaps his biggest fabrication is the subtle implication that his administration holds some responsibility for the finished job in Iraq. Of course, that is utter nonsense. It should not only be ridiculed -- but highlighted -- as another example of Obama's gargantuan dishonesty. We all know, had Obama succeeded in his Senatorial agenda, that we would have a humanitarian disaster on our hands in Iraq.

Few seem to note that the jihadists had their asses kicked in Iraq, and predictably have reformulated along the Pakistani-Afghan border in order to recover some semblance of order.

Mr. Steele, however, turns the tables quite nicely here. He could even have asked, what happened to the Obama Doctrine? The one that declares the U.S. should not "meddle" in the affairs of others?

The Democrats' cheap, dishonest and ugly rhetoric, designed solely to gain power, debased an admirable mission in Iraq (which they overwhelmingly voted for -- including Clinton and Biden). With an honest media, their turncoat mantra would have been laughable; certainly it was unserious. Obama personally advocated a sophomoric concept suggesting this Global War on Terrorism Man-Made Disasters need only occur in one place: Afghanistan. It is actually quite possible, Steele implies, that then-candidate Obama could have encouraged the radical Muslim militants to see Afghanistan at the front line, once again.

Of course, the McCain campaign never bothered to challenge the provinicial offering from candidate Obama. The Illinois Senator had advocated some sort of delusional isolationist folly in which freedom and Democracy meant nothing.

McCain could have turned the tables, as Mr. Steele did, with the simplistic challenge: "I am surprised Mr. Obama does not seem to care about the millions of formerly oppressed human beings in Iraq... the rape rooms, torture, millions of murders and utter depravity."

I watched the Fox All Star Panel on this, and was really surprised NO ONE offered an objective view, or were willing to at least quantify their rebuke of Mr. Steele with a few words to highlight the OBAMA HYPOCRISY.

That is the larger point, no matter how clumsy Mr. Steele can be at times, and he highlighted a very valid irony.

The pure amusement of seeing Mr. Obama confronted with his own unethical Political exploitation is utterly priceless.

I disagree - I've got a son serving til September in Iraq and the success , yes, is despite Obama and the rest of the Donk loser circus. It was, however, Bush doctrine after 9/11 to take it to the Taliban/AQ in Afghanistan. I agree with that. We should remove all gloves, and smack them back to their beloved 7th century in Afghanistan AND the frontier areas of Pakistan where our erstwhile the ISI of our "ally" supports them. Then targeted assassinations of ISI supporters of Jihad. Go large or not at all

Obama is utterly incompetent to combat an oil spill; does America expect him to triumph in Afghanistan?

Obama envied Bush's victory in Iraq, which is why he has expanded the useless Afghanistan war - to make himself a victorious wartime president. FORGET ABOUT IT.

If my kid were fighting "for" Obama in Afghanistan, I WOULD GET HIM OR HER OUT.

If my kid was fighting "for" Obama in Chicago, I WOULD GET HIM OUT.

Oh, the irony: Yes, Obama has chosen to continue "Bush's war," which he had bashed and belittled. The greater irony, however, is the Republicans' elevating Obama, who is incompetent, dangerous, inconsistent, and weak (thereby endangering our troops and the mission). Let's make Obama the greatest wartime President ever, or maybe just 15th if college professors get to vote on it, and give him a leg up for re-election. Better to shut up, Republicans. Steele does have an ironic point. Alas, they have always been good at eating their own.

One thing Marka I have to disagree with, the idea Republicans should 'shut up'.

The likes of Jindal, Christie, Ryan, Boehner, Brewer, Bachmann, Coburn, etc., etc., have been winning the Public Debate and leading quite well.

The Republicans made the Democratic Partisans look like utter fools at the Obamacare Summit facade, which shocked the Democrat faithful.

Krauthammer said the same thing about shutting up, but it is clearly what one says - how one acts.

You will always have clumsy efforts in any Team - or political Party.

And the big point, the hypocrisy of Obama and Democrats regarding Afghanistan highlighted by Steele, could have been properly shaped by the likes of Kristol, Hayes, Krauthammer, Powerline, etc.

They could have run with it, simply disagreeing with the concepts about winning in Afghanistan, focused heavily on the vivid LIES of the Democrats in regards to Afghanistan. Even illustrate the reality this is clearly a NEW MISSION Obama has been growing in Afghanistan - separate from the original Bush Administration led effort after 9-11.

The failure of Conservatives to debate this in a more objective manner, to react with overt reactionary hostility, only distracts from the real problem. The Democratic Party's control of Washington, providing disastrous policies.

Steele is not making policy anyhow - nor has his past indicated he was an overt advocate for the Battle in Iraq (during his Senate Run - he was not endorsing the Bush Administration position to go to Iraq).

Besides, the next Republican Nominee for President for the 2012 Election, may indeed offer a very different set of policies for the Party in relation to waging War in this manner in Afghanistan.

It all how you handle the pitch, and the Conservative Pundits of some elite status, decided to play in a manner which enables the Democrats on this one.

I have a feeling, for the vast Majority of Americans who are guided by fashion, not paying appropriate attention, will get a quick glimpse of the news which reads something like, 'Republican Chair Steele says this is a War of Obama's Choosing'.

That type of message, hits Democrats right where they live, and it is rather on target.

Obama politicized the GWOT for his own gain, especially the Battle in Iraq. The Democrats unethically created all sorts of ugly conspiracies about GW Bush and the reasons to remove Saddam. Now, we see a little form of karma, a dose of justice, as the comments grow about Obama's WAR. It is clearly his choice, he owns this, just as he owns the further debasing of the US Economy.