Welcome to Chicago: Judge halts questioning on Obama Even Though It's 100% Germane to Blago Trial

Yesterday's excellent Blago trial coverage from the Tribune described a strange incident in which the judge silenced testimony regarding President-Elect Obama's involvement.

Thought experiment: if the person in question were named, say, George W. Bush, would conversations with and about him be off limits to the defense?

Sheldon Sorosky, one of Rod Blagojevich’s lawyers, has been trying to drag President Barack Obama into the fray this afternoon, asking union official Tom Balanoff whether the FBI asked him about campaign money going to Obama... Prosecutors objected, as they have so often during cross-examinations, and U.S. District Judge James Zagel said Sorosky should only ask in general what the FBI had said to Balanoff. 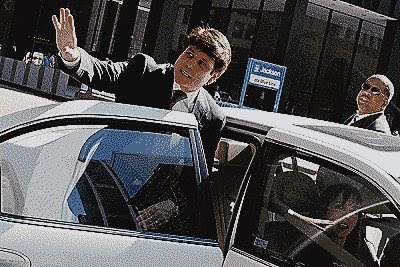 Sorosky tried the question again [but] Zagel wouldn’t let the line of questioning go on after a private sidebar discussion among the lawyers.

Sorosky did get to ask about Balanoff’s labor group -- the Service Employees International Union -- supporting candidates for office. He asked whether the SEIU had supported “a young state senator” named Barack Obama as well as Blagojevich in his first run for governor in 2002.

...Sorosky then walked Balanoff through his earlier testimony, when he had talked about going to Blagojevich to promote Valerie Jarrett after Obama called Balanoff and said Jarrett was his preference...

Obama's involvement in the deal-making and his use of SEIU cutouts to shield himself from direct interaction with Blago is completely relevant to this case.

Perhaps a litigator could explain the rationale for shutting down discussion of Obama, Emanuel, Jarrett and other key players in this bizarre affair.

I'm not a litigator but I have noticed that the federal government has thrown the rule of law out the window. When that happens, anything is possible except justice.