Chris Christie continues to duck interviews on talk radio while appearing on the likes of Face the Nation, which gets lower ratings than airport radar

Despite his assertion that he won't seek the Republican presidential nomination, Chris Christie's public relations machine is working overtime. Appearing on Face the Nation last Sunday, in front of its traditional twelve viewers, Christie was quick to launch a thinly veiled attack on Sarah Palin, Michele Bachmann and Rush Limbaugh. He defended Michelle Obama's bloviating on better nutrition, which she expounds upon while eating short ribs and nachos. 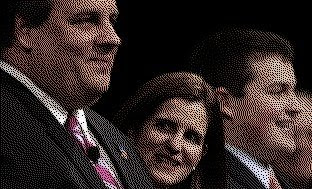 "I think it's a really good goal to encourage kids to eat better," he said. "I've struggled with my weight for 30 years and it's a struggle. If a kid can avoid that in his adult years or her adult years, more power to them."

Christie added that "I don't want the government deciding what you can eat and what you can't eat," but said, "I think Mrs. Obama being out there encouraging people in a positive way to eat well and to exercise and to be healthy - I don't have a problem with that."

...Palin and Bachmann have also accused the First Lady of curtailing individual freedoms by trying to dictate lifestyle choices by government fiat.

No, Governor Christie: that's not all the First Lady is up to. She's putting the arm on restaurateurs using the power of the White House to affect policy change through political intimidation. 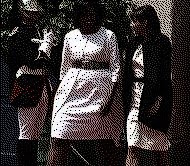 A team of advisers to the First Lady has been holding private talks over the past year with the National Restaurant Association, a trade group, in a bid to get restaurants to adopt her goals of smaller portions and children's meals that include offerings healthier than French fries and soda, according to White House and industry officials.

The discussions are preliminary, and participants say they are nowhere near an agreement like the one Obama announced recently with Wal-Mart to lower prices on fruits and vegetables and to reduce the amount of fat, sugar and salt in its foods.

Why is FLOTUS interfering with an industry that is already in difficult straits, treading water through an economic tsunami?

Why? Because the hard-left Democrat Party can't stop meddling with private industry, be it the auto industry, oil companies, insurance companies, banks, credit card companies, and every other industry under the sun.

That shouldn't be too hard for Governor Christie to understand, right?

Problem is, Christie has held a plethora of troubling positions and has avoided discussing any of them on conservative talk radio. Mark Levin has reportedly extended numerous offers to Christie to appear, all for naught.

And I think I know why.

A few months ago, Christie spoke at the Republican Governors Conference [RGC] and reportedly brought down the house. He told the audience that sometimes leaders simply have to ignore their advisers and face the tough issues head on. But the New Jersey Star Ledger's Paul Mulshine has followed the career of Chris Christie for several years. And he doesn't quite recognize the current version. 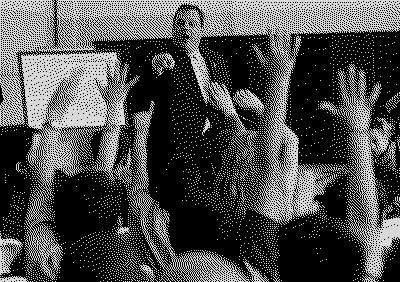 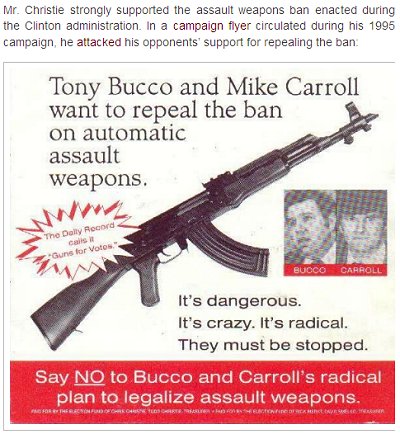 • His bizarre endorsement of the execrable Mike Castle and the pathetic Meg Whitman.

• And his refusal to join 28 other states in the fight against Obamacare, even though it would cost New Jersey exactly $0.00.

And those are but a few of Christie's anomalous activities.

But it is clear that the Governor also has much to explain. After all, constitutional conservatives rightfully fear the nomination of another "Maverick", the positions of whom are rooted only in political expediency.

Christie is ducking talk radio, presumably because he'd have to answer for his shape-shifting policy positions.

Nominating another mushy centrist -- and I count the governor of New Jersey as one, based upon his track record -- will simply guarantee Barack Obama a victory in the general. And that we cannot accept if we are to save this Republic.


Update: Ace is a tad non-nonplussed by the latest kerfuffle.

But Ace loves him, isn't that enough? /s

This man gets worse daily. I'm very glad that many new media are exposing him for the RINO that he is. Thank you Doug!

Christie is hardly a centrist. Someone who is to the far extremews with an occasion touch of conservatism is an extremist to both partys - Christie is but Joe Lieberman with bluster!

Joe Liebermanish w/ bluster is the perfect descriptor for bloviating Christie aka Big talk/No walk.
Keep the heat on this prick cause he must not be the R '12 nominee!