As Steven Malanga points out in City Journal, eradicating collective bargaining isn't the endgame -- it's just the beginning.

Who needs collective bargaining if you’ve got legislators in your pocket? 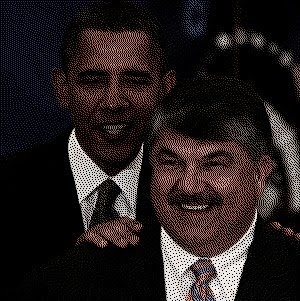 When the skyrocketing cost of public employees’ salaries and benefits helped push New York City to the brink of bankruptcy in the mid-1970s, state and local officials put together a bailout that reduced pension and benefits packages for Gotham’s workers. But by 1987, with the city out of the crisis, New York’s unions were again demanding better pensions and benefits. When Mayor Ed Koch balked, the union simply abandoned the bargaining process and went to Albany, where it offered state legislators its political backing in exchange for enacting generous new benefits. “It’s the same old story,” said a frustrated Koch. “Giving in to the unions will help Assembly members and senators stay in office.” The mayor decided to go to Albany too and dissuade the legislators from granting the new benefits—but they told him to stay home. “They sent [labor leader] Barry Feinstein to see me,” Koch told me several years ago, recalling the incident. “He told me that there was nothing I could do to stop the bill.” The cost to the city’s taxpayers: $101 million annually.

The situation that Koch faced back then is familiar to many mayors, city council members, and even governors today. This year’s face-off in Wisconsin between Governor Scott Walker and unions has generated an unusual, and long overdue, debate over collective bargaining rights in the public sector. But few seem to realize that when public-sector unions can’t win at the bargaining table, they have other ways of getting what they want—above all, exerting their muscle on legislators.

California is getting a taste of this now with union leaders unwilling to give an inch on any aspect of their rich compensation packages.

A coalition of influential labor groups in California opposes some public-pension changes that Gov. Jerry Brown has considered as part of a compromise with Republican lawmakers, further complicating the governor's hope for a quick resolution to budget talks to close a $26.6 billion deficit, said people familiar with the matter.

In a letter to Mr. Brown and legislative leaders, the group plans to say it "simply cannot stand for any attempts to leverage the budget crisis in order to circumvent the collective bargaining process" and "must draw the line at some proposals that would unduly harm working families..."

By that, I assume they don't mean the taxpayers. There are currently over 15,000 retired state workers in California who receive over $100,000 annually in pension payments -- and that number grows 40% a year!

In Illinois, the state pension system is devoting nearly four times the average to its pension obligations -- hardly a sustainable model. 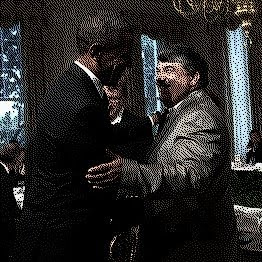 Most states, on average, have to devote only about 4 percent of their budgets to pensions for government retirees... But Illinois, in the upcoming fiscal year, will devote what amounts to roughly 15 percent of its budget toward the pensions of its retirees.

In essence, most other states are able to spend much larger chunks of their dollars on roads, public safety, education, health care, assistance for the poor or the elderly and other government services.

...Illinois government employees, state legislators, judges, university staff and public school teachers outside the Chicago area have been promised $139 billion worth of retirement benefits, but the five state pension systems have assets of only $63 billion.

In New York, the public pension systems are literally imploding as we speak.

At a time when public school students are being forced into ever more crowded classrooms, and poor families will lose state medical benefits, New York State is paying 10 times more for state employees’ pensions than it did just a decade ago.

That huge increase is largely because of Albany’s outsized generosity to the state’s powerful employees’ unions in the early years of the last decade, made worse when the recession pushed down pension fund earnings, forcing the state to make up the difference.

In all, the salaries and benefits of state employees add up to $18.5 billion, or a fifth of New York’s operating budget. Unless those costs are reined in, New York will find itself unable to provide even essential services.

And to think that the people who run these bankrupt 'Blue States' actually go to Washington and control the federal purse-strings.

It's time to decertify all public sector unions.

Every one. They serve no useful purpose except as fundraising arms for the Democrat Party -- using taxpayer dollars against our wishes.