Great news: gas prices hit $5 a gallon in various parts of the U.S. 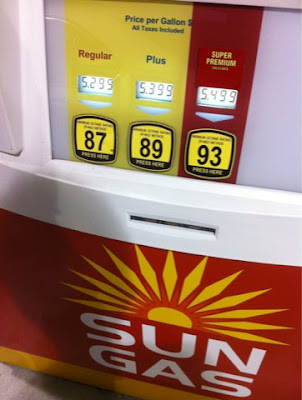 Well, this certainly comes as a surprise.

Gas prices in southern California and parts of Florida have topped $5 a gallon.

Meaning the prices of everything shipped by trucks -- which, last time I checked, aren't powered by wind or solar -- will rise. Food. Drink. Building supplies. You name it.

The Obama administration's refusal to lift its drilling moratorium has resulted in the Interior Department being found in Contempt of Court by a federal judge.

Its hatred of America's abundant fossil fuels isn't just a tax on every man, woman and child in the country.

It's an abrogation of a President's primary constitutional duty as commander-in-chief.

America could be largely energy independent. But Democrats, since the era of Jimmy Carter, believe that government can invent new "green" energy sources.

Which seems to be working out as well as their efforts to make housing more affordable.

We will be fighting for oil one of these days. Probably on our own soil.

that tina turner thing has merit