What do you get when you cross CAIR with Eric Holder's Justice Department and Janet Napolitano's DHS? 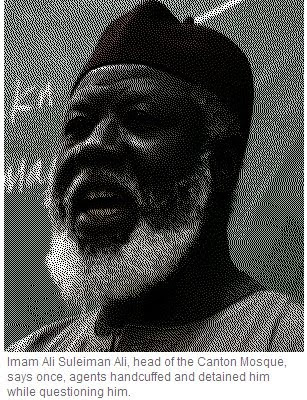 The U.S. government has launched an investigation into allegations that federal agents at several U.S.-Canada border crossings in Michigan repeatedly harassed, jailed and body searched Muslims because of their background or appearance... The investigation comes in response to complaints filed in March by the Council on American-Islamic Relations with the Department of Justice and the Department of Homeland Security.

...every time Wissam Charafeddine of Dearborn has crossed the border into the U.S. from Canada in the last three years, he says he has been detained, fingerprinted and body searched... One time, he said, he was separated from his family and jailed in a cold cell for five hours as his 1-year-old daughter cried for milk.

...One of the 10 complaints by local Muslims involves Imam Ali Suleiman Ali, head of the Canton Mosque, one of the larger Islamic centers in metro Detroit... He described a recent border crossing in which he says agents handcuffed and detained him while asking him, "Where's your mosque?" and "What Islamic organizations do you belong to?" Ali described several other similar situations at borders or airports in the past five years.

The theme of undermining border security measures is a consistent one for this particular Imam. 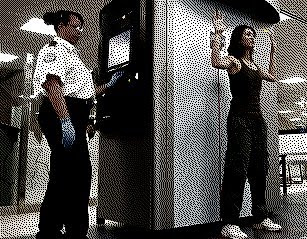 ...Two members of the Fiqh Council are from Michigan, Imam Hassan Qazwini of the Islamic Center of America in Dearborn, and Imam Ali Suleiman Ali of the Canton Mosque. “Fiqh” means Islamic jurisprudence...

...The Council on American-Islamic Relations, which has a chapter in Michigan, says it endorses the fatwa. “We support the Fiqh Council’s statement on full-body scanners and believe that the religious and privacy rights of passengers can be respected while maintaining safety and security,” said Nihad Awad, national executive director of CAIR.

Their actions make it clear that CAIR and "the Fiqh Council" are dedicated to weakening America's security posture.

And it doesn't have a bit to do with religion. It has to do with promoting a political system -- Sharia law -- that just happens to be conveniently wrapped in the protective coating of a religion.

It seems perfectly obvious that Sharia is what CAIR and the other radical Muslim separatist groups are after. And with terror defenders and apologists like Eric Holder in charge of the DOJ, they're likely to get much of what they want.

They can issue all of the fatwas that they wish. There is no Constitutional right to fly, so their fatwa wouldn't matter. If they choose to fly, they go through the same procedures as everybody else. Period.