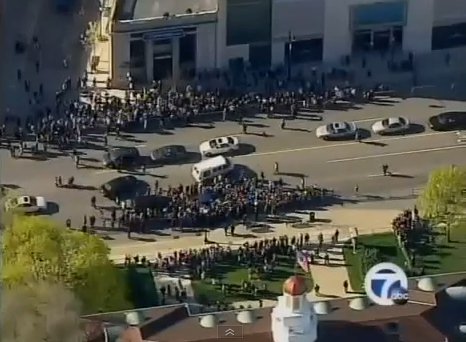 An overhead view depicts protesters on the far side and Jones and his supporters nearest to City Hall (nearest to us in this view). 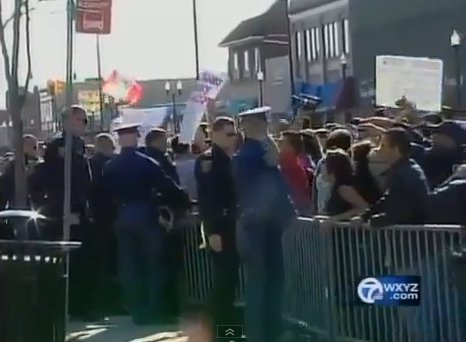 Hundreds of protesters "broke through the [police] barricades and ran across the street" to confront the Jones contingent. They began throwing things at Jones, who had walked down the steps of City Hall towards them. 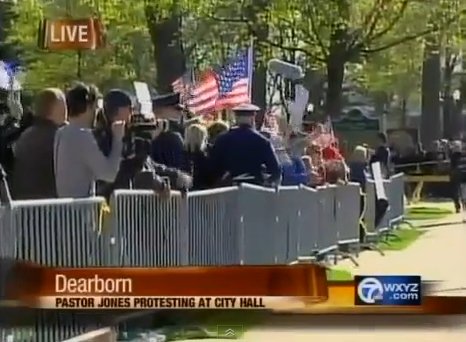 Terry Jones' supporters were on the other side of the barricade, some holding American flags. 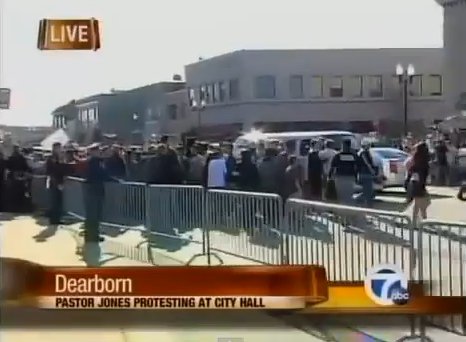 Police unsuccessfully attempted to coerce the protesters to retreat. 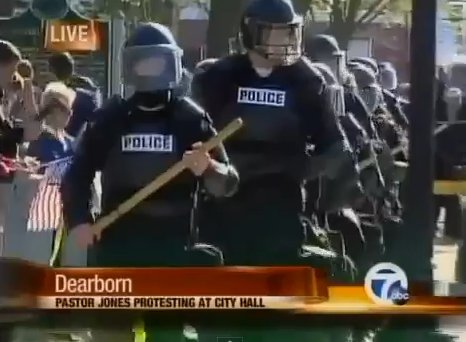 At this point, police in riot gear were deployed. 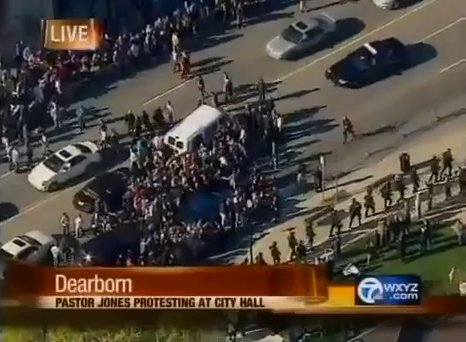 An overhead view shows the line of armored-up police officers. 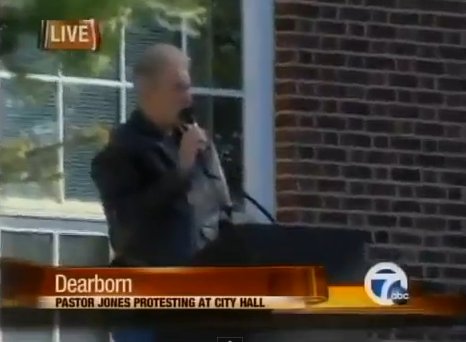 Police had Jones return to the podium at which point he resumed his speech. 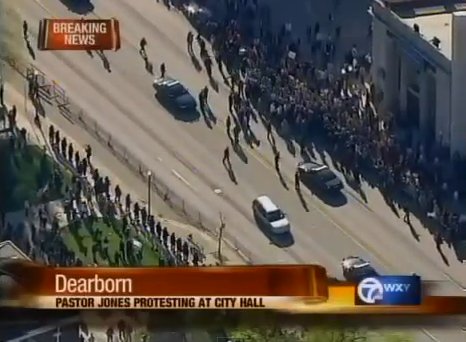 The show of force finally persuaded protesters to retreat to the other side of Michigan Ave. 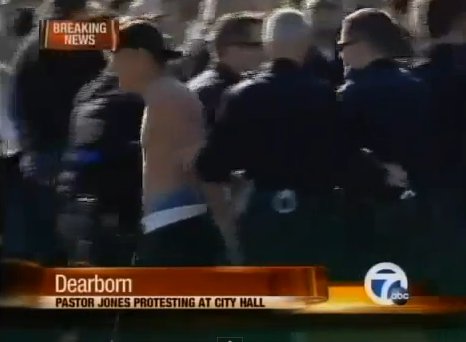 Several protesters were arrested, presumably for throwing bottles or rocks. 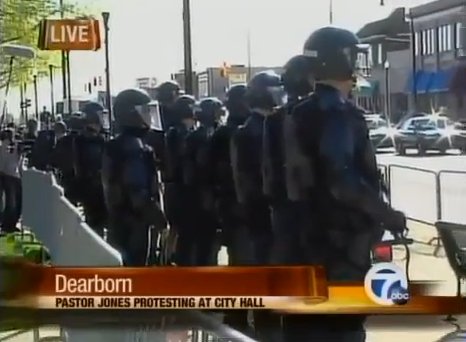 As Aaron Worthing points out, legacy media did its best to cover for the anti-free speech barbarians.

Hold on a minute. Did those counter-protesters need to post a peace bond before appearing on a public sidewalk to speak? Were they hauled into court by the authorities to suppress their protests? And isn't the other side of the street outside of the city-designated free-speech zone to which Terry Jones' civil liberties have been restricted?

The answer to these questions are "No, the posted no bond", "No, they were not hauled into court to stop their protest," and "Yes, they were outside of the city-designated free-speech-zone". Taken as a whole, it would appear that there is a serious violation of the Fourteenth Amendment's requirement of Equal Protection of the Laws.

I prefer Ace's label: The MFM.

Yeah you are so much better than legacy media at "reporting" this.