I think it would make no sense for her to run. I think her chances of winning the nomination are small. The chances of winning the general election are probably nil. I think, for the same reasons you articulated, 60 percent negatives. That's almost impossible to overcome. And it isn't as if that is forever. Hillary Clinton had very high negatives at many points in her career. But over time, they tend to soften. 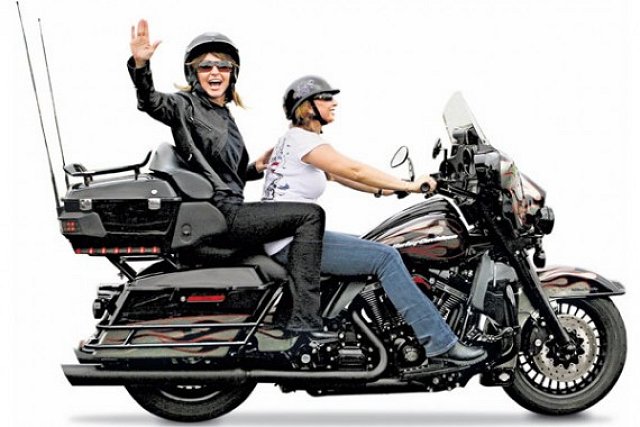 ...The problem with her, I think, is that she is not schooled. I don't mean she didn't go to the right schools... But when it comes to policies, she's had two and a half years to school herself, and she hasn't. And that's a problem. You want a president who will be able to not have to learn on the job. We've already had that... ...with President Obama and with others... It's the lack of effort to school herself and the lack of insight to see that she needs it...

...I think if you're going to master policy, especially world affairs, you've got to know history. As you said, you have to know how things evolved, and she is weak on that. It's not as if she can't learn. The fact is it doesn't appear as if she wants to sort of sit down, spend some months schooling herself, as many people have done in preparing for the presidency. If you're a governor of any state, you face a narrow range of issues, and you don't have to deal with the world. It's incumbent on you to actually learn about it.

So, just to recap, Sarah Palin can't win against Barack Obama because she has high negatives, she hasn't "school[ed] herself", and she's weak on history. But an incompetent community agitator with no executive experience, no private sector experience and who is an acolyte of Alinsky is qualified because he has a beautiful, cultured speaking voice.

The independent voters have made up their minds about her, and it is a negative judgment they’ve made... After the 2008 campaign she had two things she had to do: she had to go home to Alaska and study, and she had to govern Alaska well. Instead she quit halfway through her first term and shows up in the audience of ‘Dancing with the Stars’ and other distinctly non-presidential venues...

Just to recap: independent voters have a negative opinion of Palin. And the fact that Democrat operatives had filed 18 frivolous lawsuits -- all later dismissed -- against her (source: Associated Press), which were bankrupting her family, had nothing at all to do with it. That, plus appearing in the audience of Dancing with the Stars, disqualifies her.

Is this really what passes for informed commentary inside the Beltway?

Remember: Krauthammer worked for Walter-Freaking-Mondale in 1980. George Will endorsed Howard Baker in 1980. Both of these guys completely missed the Reagan revolution.

Krauthammer and Will are certainly smart dudes, but their political instincts appear to be for s***.

Palin can win. Bachmann can win. Cain can win. Ryan can win. Santorum can win. Obama is a sitting duck if confronted with a true, articulate Constitutional conservative. He's a walking, talking disaster as President. And everyone knows it.

Would you bet your weiner on it?

"she had to go home to Alaska and study,"

As president, Obama has appeared at some of the most ridiculous places, like sports shows, Oprah (Oprah! Oprah!), THE VIEW with the chattering geese, David Letterman, the DAILY SHOW....I could go on!!

At least Palin had a daughter performing on the stupid dance show.

If anything, Obama has lowered the presidential appearances to something akin to an appearance at a circus or state fair. Gimme a break.

Rush was right about the "Inside Beltway" " Republicans.

More and more I want to wheel Krauthammer into a closet and lock the door. he is an embarrassment to conservatism and should learn to read what's going on in his own country. we already have enough mouthy no-nothing elite slobs in what passes for conservatism these days.

and, who is George Will, is he somebody besides some leftist's idea of a nice non-threatening RINO spokeshole? because he seems remarkably irrelevant these days as he always has been.

And Palin can't win because, yes, she quit as Alaska governor. Even though it was for understandable reasons, she still quit, proving that she doesn't have the mettle to be president.

Absolutely, a constitutional conservative can take out The One. So can we please get all these pretenders out of the way so Tim Pawlenty or Rick Perry can focus on just that?