ABC News reports that in addition to persistently high unemployment, "[the] Time It Takes to Find a Job is Off the Charts."

We’ve seen the headline numbers from the monthly jobs report; losing a job means a long stint without employment these days. The median period of unemployment is now at a historic high; 39.7 weeks according to the May Report. That’s the highest it has ever been in the history of the survey. 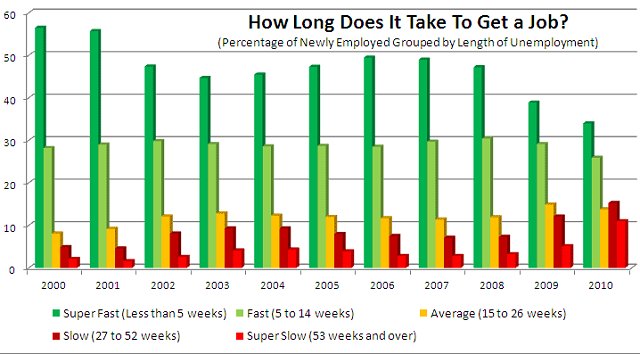 A new research report from the Bureau of Labor Statistics dug into this trend to offer new details on how long it takes to make the transition from unemployed to employed and found that 11 percent of job seekers took a year or longer to land a new job. Another off-the-chart reading.

As America sinks deeper and deeper into debt -- each U.S. household is now more than $500,000 in hock -- President Obama is laser-focused on jobs. The only problem is that those jobs are overseas.

• Jobs in Greece: "CNBC is reporting that President Obama is putting American taxpayers on the chopping block to bail out Greece’s corrupt politicians... What makes this development so unpleasant is that this new bailout (Greece already has been bailed out several times, with both direct and indirect handouts) will make things worse. Another bailout will be a case of throwing good money after bad. And it will exacerbate the economic damage by delaying the economic reforms that are needed to put Greece’s economy in better shape." 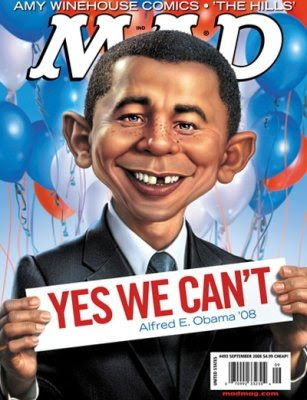 • Jobs in Brazil: "The U.S. is going to lend billions of dollars to Brazil’s state-owned oil company, Petrobras, to finance exploration of the huge offshore discovery in Brazil’s Tupi oil field... The U.S. Export-Import Bank tells us it has issued a “preliminary commitment” letter to Petrobras in the amount of $2 billion and has discussed with Brazil the possibility of increasing that amount."

• Jobs in China: "Senate Democrats lashed out at the Obama administration on Wednesday, saying its stimulus wind energy program creates jobs overseas instead of in the U.S.... "Today, we are demanding the Obama administration suspend this program immediately," said Sen. Chuck Schumer, D-N.Y... The program has already spent $2 billion, funding enough projects to power 2.4 million homes... An investigation by ABC News and the Investigative Reporting Workshop found that 79 percent of the program's money has gone to foreign companies... in China."

• Jobs in Spain, Portugal and the U.K.: "Although Barack Obama and other Democrats touted the $787 billion stimulus package as a way to create green jobs that would put Americans back to work, new reports show the spending package has mostly created green jobs for foreign workers... The Spanish company Iberdrola has received $443 million; the Portuguese company EDP has received $229 million; and the British company Terra Firma, which bought a large wind farm in western Pennsylvania, received $42 million."

As Michelle Malkin points out, Obama "has stopped receiving daily economic briefings that were once treated with the same emergency status as national security briefings."

Daily economic briefings have apparently lost out to a record number of rounds of golf (71 in only two-and-a-half years), pick-up basketball, fund-raising (Obama's handlers hope to raise a billion dollars in propaganda money) and gourmet dinners.

Also, our unemployment had been so low under Bush that people who were only marginally interested in working were lured out of their leisure, retirement, or homemaking to join the labor pool.

I think part of what we're seeing is the marginal workers sitting back happy to collect the government cheese while not working nor looking very hard for work.

That's only part of the story, of course. There is real pain out there but the world is complicated and we oversimplify it at our risk.