Consider this Exhibit 2,034 proving that Washington, DC is the world's capitol of crony capitalism.

AT&T Inc. was asked Wednesday for more details on why it needs to acquire wireless operator T-Mobile, following the disclosure—accidentally released by its lawyers—that it could have expanded its high-speed wireless service to most Americans for one-tenth of the T-Mobile purchase price... 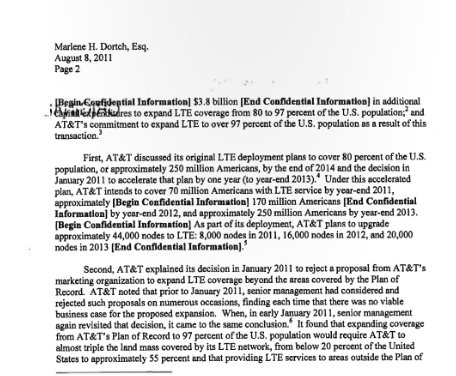 ...The request by regulators to AT&T highlights the central issue in the proposed $39 billion acquisition: whether the combined company would benefit consumers enough to overcome concerns that the deal could limit wireless competition... 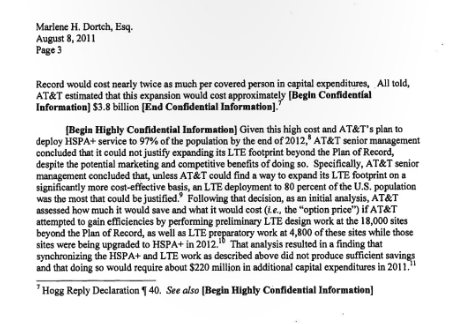 ...Earlier this month, AT&T sent a letter to the FCC about the merger, intending to protect sections of confidential data from the publicly available version. Lawyers accidentally filed an unredacted copy, which was available briefly on the FCC's website before it was removed at AT&T's request... The full version says that AT&T had considered and rejected plans to expand the network on its own to 97% of the U.S. at a cost of $3.8 billion. That's about a tenth of the cost of the proposed T-Mobile acquisition...


As an aside, this kind of blunder has the imprimatur of the Mistress of Disaster written all over it.

Of course, I feel certain that our completely aboveboard and ethical federal government would never permit AT&T to reassemble itself into a government-subsidized monopoly like the old Ma Bell. After all, the old telephone monopoly did its level best to crush competition, destroy innovation and shackle the Internet, once going so far as to threaten customers using WiFi routers that they were committing a 'federal crime'.

No, I'm sure that AT&T isn't trying to destroy competition through federal regulators. The fact that AT&T employs 93 lobbyists and spent $15.5 million lobbying last year alone is, I'm sure, purely coincidental.

Let the free market figure this out, my friend.