The fact that Microsoft's IE team is poking fun at anyone seems to me, er, rather ill-advised 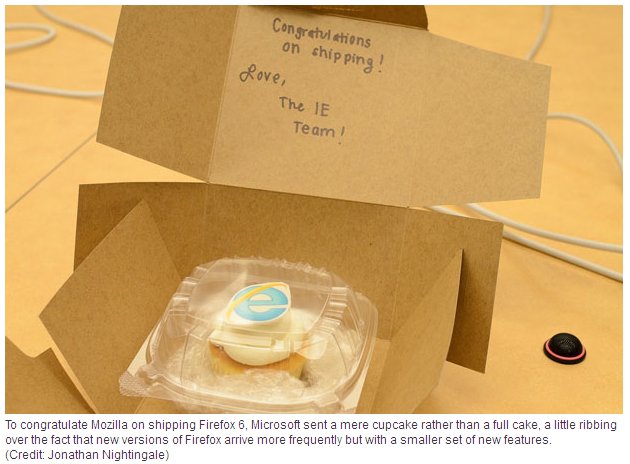 The new cake arrived last week to Mozilla upon shipment of Firefox 6. Jonathan Nightingale, director of Firefox engineering for Mozilla, posted a photo of the cake on Flickr.


Of course, given the changes in browser market share of late...

...I'd recommend the IE team spend a little bit more time on open standards and less on spanking the Mozilla Foundation.

at 7:47 PM
Email ThisBlogThis!Share to TwitterShare to FacebookShare to Pinterest
Labels: Engineering, Scitech

I've noticed the same trends on my blog.

In fact, a couple months ago I made the switch myself from IE to chrome and haven't looked back.