Mark Levin: Obama's Hypocrisy Is Off the Charts @MarkLevinShow 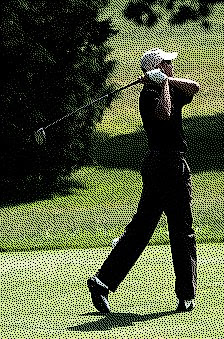 The president, by God, he's got resolve on one thing: he's going to Martha's Vineyard whether you like it or not!

Nine days! He "wants to be with his children."

Really? Aren't they in the White House? Listen to these idiotic arguments.

No, he wants to be on Martha's Vineyard with the beautiful people; the millionaires and the billionaires. And the private jets and the yachts! This is what kills me: the hypocrisy of how this man lives!

He takes the biggest corporate jet in the world -- in terms of its cost, operation and construction -- Air Force One, there's gonna be yachts, millionaires, billionaires. They're going to be eating all kinds of food with salt, fat and all the rest of it, wonderful desserts, cheesecake, chocolate, mousse -- you and I, were supposed to act like we're living in hovels.


The children on the Left enjoy screeching about corporations, "the wealthy" and the high-achievers who have made something of themselves.

What they fail to understand is that the biggest, most powerful, most corrupt and lawless "corporations" in the world are governments.

Case in point: Democrats have constructed the most gigantic Ponzi schemes in world history: Social Security and Medicare, to name but two. Had they done this in the private sector, they'd be serving life sentences in a cell, sharing a bunk with Jethro.

But somehow it's noble if they're in government and they're bankrupting your children and grandchildren with lawless, unconstitutional and mathematically impossible schemes!

No, they're not noble. They're all hypocrites. Every last Democrat.

The most powerful man in the world gets, by my approximation, about five times more paid vacation days than I do. I am a lowly software engineer. My life isn't hard, by any stretch of the imagination. I make a liveable salary. I am well-fed, housed and clothed. But I have maybe ten days a year when I get to see my family overseas, and it costs me a month's salary every time. Four hours of keeping Air Force One operational is my salary for ten years.

To say I despise Obama's hypocrisy to the core of my being would be a wishy washy palimpsest of the true rage I feel towards this autistic Roi Soleil.