Obama Administration to Trucking Company: Don't Even Think About Firing Your Drunk Drivers, 'Cuz They're a Protected Class

Perhaps this is the Obama administration's attempt at containing health care costs: 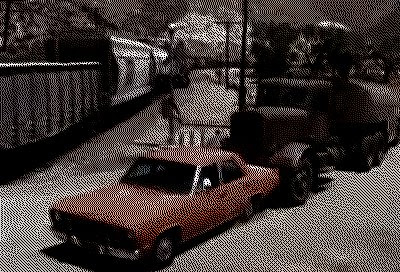 The federal government has sued a major trucking company for its firing of driver with an admitted alcohol abuse problem.

Alcoholism is classified as a disability under the Americans with Disabilities Act, the suit maintains, and therefore employees cannot be prohibited even from driving 18 wheelers due to their histories of abuse.

The Equal Employment Opportunity Commission, which filed the suit against the Old Dominion Freight Line trucking company on August 16, noted that while “an employer’s concern regarding safety on our highways is a legitimate issue, an employer can both ensure safety and comply with the ADA.”


The way I figure it, the federal government wants to combine swarms of drunk truck drivers on the same roads that are teeming with 54 MPG micro-cars. Now that would minimize Obamacare spending!

But maybe I'm just a cynic.

Also, ODFL would be routinely instructed by it's insurance carrier to fire any drivers with DUI convictions, or lose it's coverage. If replacement coverage could be found, either through the normal insurance market or a government substitute, premium cost would be prohibitive.

The effect would be to drive the company out of business.

thy are not the unions in my day back in the 60'70's and 80's that is one thing the union would not back you up on Drunk driving. You were on you own. Democratic Socialist party have taken it over back in the mid 90's, This is scary. they went for the unions,Black caucuses,women groups and they brag about it. http://www.keywiki.org/index.php/Democratic_Socialists_of_America

You have GOT to be kidding me! Greg Toombs, I would assume Obama would next stage a takeover of the motor vehicle insurance industry.

One wonders if ODFL is the trucking version of Gibson Guitars?

If not, why is this standard not applied universally to businesses across the USA?

Katielee, why not? Obama's taken over the health insurance industry.