A major earthquake centered near Washington, D.C. occurred around 2pm ET today. The U.S. Geological Survey stated that it received over "10,000 reports of felt shaking ... from more than 3400 zip codes all over the eastern United States."

A magnitude 5.8 earthquake struck the National Capital Area on Tuesday, August 23, at 1:51p.m. (EDT), causing moderate shaking and potentially significant damage, and was felt throughout Northern Virginia and neighboring areas. No casualties are expected. 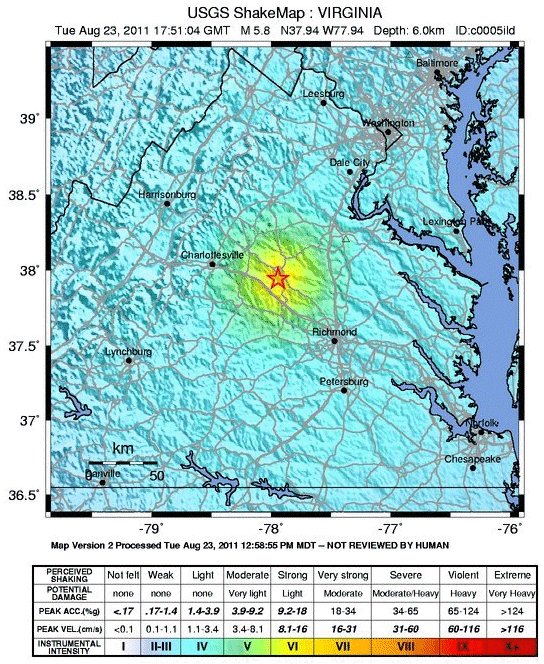 The earthquake occurred near Louisa and Mineral, Va., approximately 100 miles southwest of Washington, DC. It was a shallow earthquake, and shaking was recorded all along the Appalachians, from Georgia to New England... There have been several aftershocks. 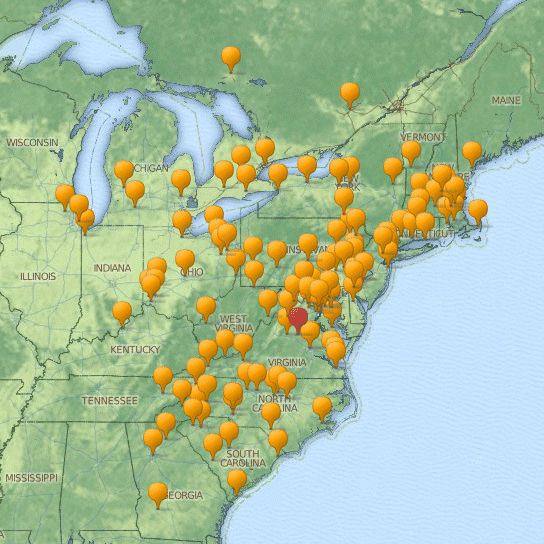 
The Wall Street Journal notes that:

It was the biggest quake in that state in 40 years. If you're wondering about a pattern here, and looking for a culprit, we're sure someone will soon blame global warming.


Shhh. Don't give the moonbats any ideas.

at 7:47 PM
Email ThisBlogThis!Share to TwitterShare to FacebookShare to Pinterest
Labels: Scitech

Obviously this earthquake was Bush's Fault.....

It was strange because earth quakes in the east coast can be pretty rare.