Ruh Roh: Senator Joe Lieberman Unsure Whether He Will Support Barack Obama in 2012

Senator Joe Lieberman, ostensibly a political independent but who caucuses with the Democrats, is wavering on the President.

Senator Joe Lieberman ... told host John McCaslin on America's Morning News radio show on Tuesday morning that he had not decided if he would endorse President Obama in 2012: 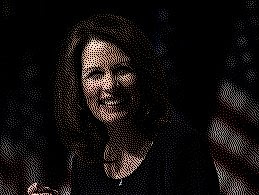 MCCASLIN: Will you be supporting Barack Obama in 2012 or are you going to be putting your money on a Republican candidate?
LIEBERMAN: Well I haven't decided and I'm just waiting to see who the Republican candidate is and what President Obama's positions are at that point, so I got a little time as an independent not to feel rushed, because this is an important position. And I'm only one person but for every one of us who we support next year is going to say a lot about how our kids and grandkids are going to grow up in America, so I'm watching.


Senator Lieberman appears to be losing confidence that President Obama could actually win in 2012. The Connecticut Senator also told WLS 890 am radio's Don Wade on Tuesday, whether President Obama will be re-elected is, “an open question.”


And who can blame him?

Furthermore, Lieberman is defending the GOP presidential candidates over their strong religious convictions.

Senator Joe Lieberman ... defended Congresswoman Michele Bachmann (R-Minn), Texas Governor Rick Perry, and former Governor of Massachusetts Mitt Romney against attacks they have received for speaking about their religious beliefs. Senator Lieberman says, " To me there's no good reason for it. If a person's faith matters, first its their right to say whatever they want. This is the history of our country. This country was founded on religious belief..."

[He was then asked], "Do you have a problem with Congresswoman Bachman, Governor Perry or former Governor Romney for their religious statements?" Senator Lieberman: "Oh God no, of course not. That's their faith. I give them all the credit. These kind of media attacks may backfire. Many Americans are turned off by that kind of sniping attacks."


Gee, but the Declaration of Independence only mentions God about six times, so I'm sure America's founders were intending to separate church and state.

"Gee, but the Declaration of Independence only mentions God about six times, so I'm sure America's founders were intending to separate church and state. "

I hope you were being flippant, and not trying to put forward any sort of argument. After all, "God" is in no way interchangeable with "Church."

(My words above are /not/ an argument for strict separation of church and state.) Also keep in mind that I love your blog and agree with mostly everything.