Our beloved central-planner-in-chief has some management advice for automobile manufacturers:

The country’s automakers should ditch their focus on SUVs and trucks in favor of smaller, more fuel-efficient vehicles, President Obama said Monday. 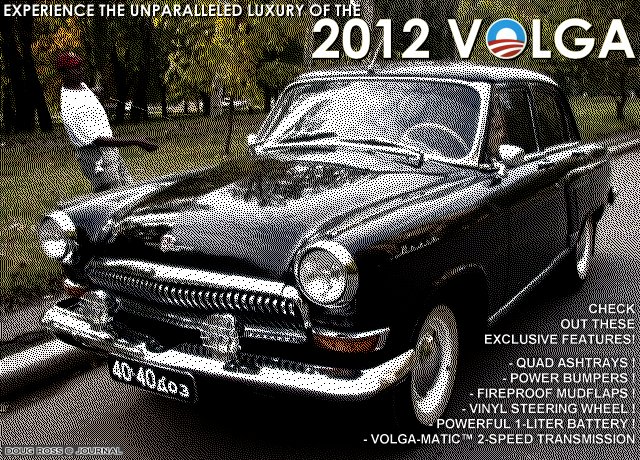 “You can’t just make money on SUVs and trucks,” Obama said during a town hall forum in Cannon Falls, Minn. “There is a place for SUVs and trucks, but as gas prices keep on going up, you have got to understand the market. People are going to try to save money.”

...Obama was speaking at the start of a three-day bus tour of the Midwest. He will visit Decorah, Iowa, later in the day.


Of course, gas prices might not be quite so high if the president would simply heed the rulings of multiple federal judges, including those who have found his administration in Contempt of Court for its illegal drilling bans.

And no word on what kind of mileage President Subprime McDowngrade gets on his three, armored Deathmobile buses.

and after all, who understands the market better than dear leader?

"You can't just make money on SUVs and trucks." Actually, Mr Pres. if you're GM or Chrysler that's the ONLY thing you can make money on, because it's the only GM vehicle Americans will buy. Don't you want to know why?

Because with labor costs at $78.00 an hour, thanks to your Union buddies, that's the only thing GM or Chrysler can afford to make, or make well. Are you the only adult in America who doesn't know this?