The quake was felt from Toronto in the north, to Louisville in the west, to Columbus, Georgia in the south and Cape Cod, Massachusetts in the east. Given the scale, it's truly amazing that the damage wasn't significantly worse than what's been reported

For most Washington residents, an earthquake in the nation’s capital seems about as likely as a foot of snow in Malibu. And yet, as Tuesday’s temblor shows, no region in the country is actually immune from the movement of the earth’s crust...

...The difference in geology is a main reason why the moderate earthquake centered near rural Mineral, Va., could cause a four-foot-long crack in the Washington Monument and be felt as far away as Toronto, while Western quakes, even if they are stronger, tend not to travel as far... (The Washington Monument remains closed while the National Park Service awaits a damage assessment from structural engineers.) 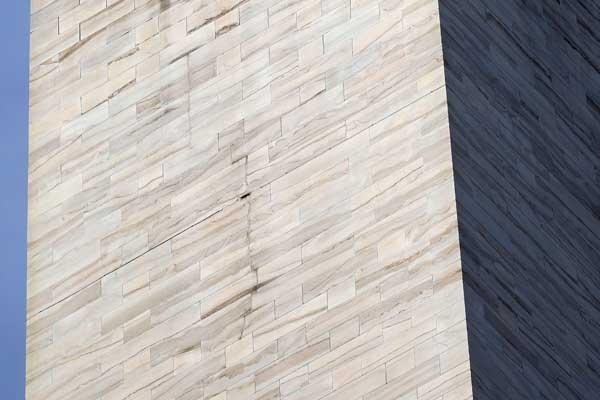 ...The Sierra Nevada mountain range that dominates the West Coast pushed up some 40 to 60 million years ago, whereas the Appalachians date back 400 million years or more. The relatively recent and ongoing activity in the West means that there are 10 times more fractures in the surface rock – which tend to dampen earthquake transmission – than in the East.

By contrast, the East coast mountains are much lower, with much more of the original rock now compressed into the valleys, creating a long and uninterrupted rock structure to transmit the power of the quake, Professor Castner says...