Robert asks, "What better way to fight obesity than to infringe upon people’s right to buy, sell or drink what they want?" 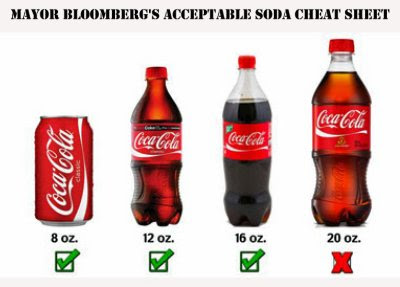 The student government at Burleigh Middle was brought out to demonstrate the problem.
At their call, 10 tons of fine sand was dumped to demonstrate the amount of sugar which would be consumed by their school in a year if every kid drank one sugar soda a day.

...Howard County Executive Ken Ulman used this backdrop to announce a ban on the sale of sugar drinks on county property. “Vending machines will look differently in our parks, libraries and any county buildings,” Ulman said.

As Mark Levin is fond of saying, the circle of liberty surrounding each of us seems to grow smaller by the day.

Now that Chief Justice John Roberts has ruled that the government has the power to compel individuals to buy products of the central government's design, how much longer until the feds mandate the consumption of broccoli?

They're not "sugary" drinks, they're "high fructose-y" drinks. There hasn't been sugar in commercial sodas for twenty years.

I wonder if these fascist goobers have ever looked at the label on, say, an apple juice bottle. There is nothing but sugar in apple juice, and if it isn't fortified, it doesn't have much in the way of vitamins. This is just another progtard power grab...these people aren't happy unless they are controlling everything.