Fox News contributor Steven Crowder was in Michigan today to record the pro-slavery protests orchestrated by the same union bosses who've economically obliterated Detroit. The death threats and physical violence were just what we've come to expect from the Marxist-aligned Leftists:

...the crowd started tearing down the AFP [Americans For Prosperity] tent that was there. When Crowder attempted to intervene, he was assaulted by multiple protesters with one ... shouting that he would "kill a mother f***er with a gun..." 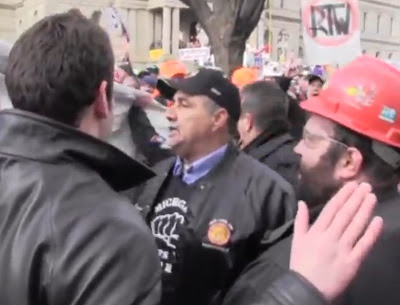 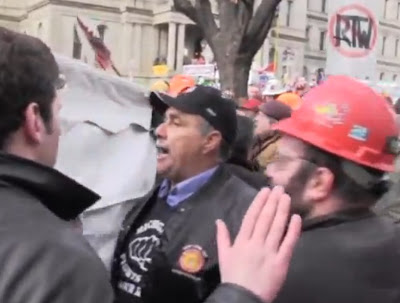 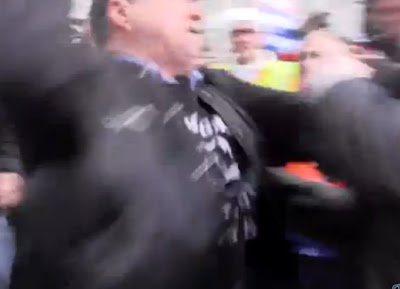 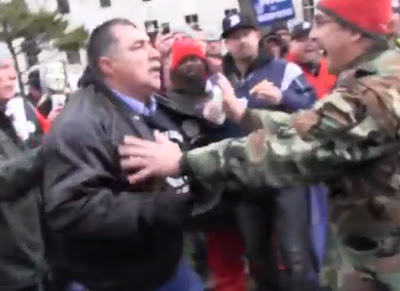 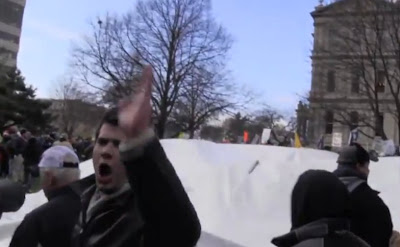 Do you know this douche? Dana Loesch has a donation page where you can contribute to a reward to find and charge the assailant.

If criminal mobs are able to influence legislation, all is lost.

Update on the name, it may be Camargo.

I myself dunno which one is right.

Americans for Prosperity are a PAC of the Koch brothers, and are rabidly anti-union and anti-social security spending, or any social spending for that matter. Tax breaks for the elites and government contracts are what they are for. Not pro-natural persons.

My hero. He should have had a gun.