As they say, someone new is blocking the schoolhouse door. 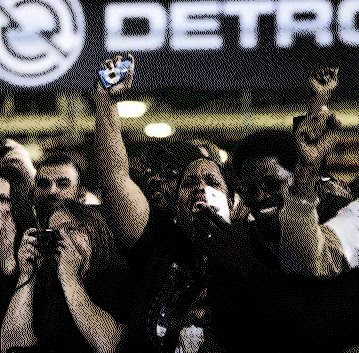 ...In the public schools in Detroit, Mich., according to the U.S. Department of Education, only 7 percent of the eighth graders are grade-level proficient or better in reading.

Some public school teachers in the City of Detroit and around the state of Michigan are reportedly taking a vacation or a sick day today to protest right-to-work legislation likely to be approved by the state legislature. Under current law, Michigan public school teachers must pay dues to the teachers’ union. If the right-to-work law is enacted, Michigan public-school teachers will be free to join the union and pay dues to it if they wish, but they will also be free not to join the union and not to pay it dues.

I blame Bush. And Sarah Palin.

But certainly not the unholy alliance of the Democrat Party and public sector unions, which exist only to fleece the beleaguered American taxpayer.