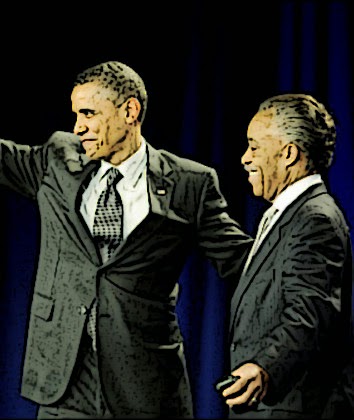 Last Friday, in a speech at Al Sharpton’s National Action Network conference, President Obama proudly announced that the Justice Department had taken on more than 100 voting rights cases since 2009. The problem with that claim is that, since 2009, the Justice Department has taken on only 39 voting rights cases—and as former Voting Section lawyer Christian Adams points out, only 13 were related to protecting minority voting rights. And, with respect to some of the cases in which the department has been involved, it lost spectacularly—such as its false claim that South Carolina’s voter ID law was discriminatory.

Perhaps President Obama misspoke when he overstated the number of voting rights cases by more than 60—or perhaps he was misinformed by his Attorney General, Eric Holder. In fact, the ever-criticized Bush administration had a much better enforcement record with much higher case numbers than the Obama administration, as was outlined in a report released by the Justice Department’s Inspector General in March 2013. President Obama also made no mention of his administration’s unjustified dismissal of the voter intimidation case against the New Black Panther Party—that would, after all, not fit the narrative he is trying to propagate. Regardless, President Obama’s exaggerated claims come as no surprise, especially given the setting of this particular speech.

Al Sharpton’s National Action Network conference in New York City, where Bertha Lewis, the former CEO of ACORN, an organization convicted of numerous voter registration frauds, participated in a panel discussion earlier in the week, was the perfect arena for the President’s inaccurate claims. In her remarks, Lewis declared that there is a “great fear” of what she called the “darker…new majority” that she says wields power in America. She went on to say that supporters of voter ID laws are attempting to implement a “South African apartheid-type thing where the masters of the universe still rule.” She is apparently unaware that Nelson Mandela, South Africa’s former president, supported voter ID laws or that South Africa today has much stricter ID requirements than any state in America.

Consider also that Al Sharpton keynoted a voting rights rally in Ohio this March where convicted voting fraudster and former Ohio poll worker Melowese Richardson was brought onto the stage and given a hero’s welcome. Sharpton embraced Richardson, despite her 2013 sentencing in state court for six counts of voter fraud (as well as her previous convictions for intimidating and threatening a witness in a case against her brother, DUI, theft, and participating in a bar fight). During the investigation into Ms. Richardson’s fraud, she showed no remorse for abusing her role as a guardian of the polls. As Judge Robert P. Ruehlman of Ohio put it, Richardson’s actions diluted her fellow citizens’ votes and infringed on the sacred doctrine of “one person, one vote.”

In light of President Obama’s claim that voting rights “justice” is being administered by the Department of Justice, it is worth noting that Melowese Richardson was never charged by the Justice Department—even though she admitted, on camera, to having voted for President Obama multiple times in 2012, which is a felony under federal law. This type of behavior may explain another claim by President Obama at last week’s conference: that there were “only 10 cases of alleged in-person voter impersonation in 12 years.”

If the DOJ is going to ignore cases in which voter fraud is being openly admitted, their prosecution statistics will continue to lose any semblance of credibility. Not surprisingly, the President ignored the hundreds of people that North Carolina just discovered to have voted twice in the 2012 election and the numerous other cases of voter fraud that have been successfully prosecuted over the past decade by state and local authorities. That wouldn’t fit his narrative either.

The President denounces voter fraud as myth, while ignoring documented cases of blatant voter fraud. In his Friday speech, President Obama said that all Americans must have an equal right to vote and that he is in favor of common sense reform to secure the ballot. Voter fraud prevents Americans from holding an equal right to vote because, as Judge Ruehlman said, the votes of honest Americans are diminished when fraud is committed. And what could be a more common sense reform than requiring the same kind of ID that the government requires visitors to show when they enter a government building—such as the White House or the Department of Justice?