THE REAL REASON FOR THE BUNDY RANCH TAKEOVER ATTEMPT: Solyndra on a Massive Scale

Speaking to a local TV news program Monday, Senate Majority Leader Harry Reid of Nevada declared: “This isn’t over.” And he is certainly correct. The showdown between BLM and Cliven Bundy – the last rancher in Clark County, Nev. – was but the latest battle in a long-running conflict. 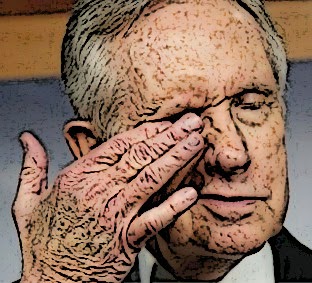 Supposedly at issue was the desert tortoise, a reptile on the endangered species list that purportedly could not coexist on the land with Bundy’s cattle. But why, many asked, would the turtle suddenly be threatened by animals it had cohabited with for the 100-plus years the Bundy ranch has been in operation?

A BLM document unearthed last week discusses mitigation strategies for the Dry Lake Solar Energy Zone, just southwest of the Bundy ranch. The “mitigation strategy” proposed to use the grazing lands near the Bundy ranch as a kind of sanctuary for the desert tortoise, because the entire region is slated for a large number of solar, wind and geothermal energy generation facilities.

The solar projects will obliterate most of the turtle’s natural habitat.

Bloggers quickly made a connection between the effort to remove Bundy’s cattle and a solar energy project in Southern Nevada financed by the communist Chinese energy firm ENN. It was to be the largest solar farm in the U.S.

But the solar energy complex financed by the communist Chinese was not at the heart of the Bundy Ranch fiasco after all. The project died last year.

However, the BLM’s library of renewable energy projects revealed it was only one of more than 50 solar, wind and geothermal projects planned for Nevada, California, Arizona and other Western states. Reid was focused on at least one, and maybe more, of the projects, much closer to the Bundy ranch.

He was at the work site on March 21 to help break ground on the Moapa Southern Paiute Solar Project. A close inspection of the project reveals why there is so much interest in the area and why the BLM, presumably at Reid’s urging through his former aide, Kornze, is so intent on getting Bundy off the land.

The leaseholder for the project is K Road Power, LLC, a New York City-based energy company. An examination of its website finds the business development manager to be none other than Jonathan Magaziner.

Magaziner was formerly an associate at the Clinton Climate Initiative of the William J. Clinton Foundation. He is also the son of Ira Magaziner, former senior policy adviser for President Bill Clinton. The elder Magaziner now works for the Clinton Foundation on health and environment issues. There are likely other connections to Democratic insiders.

But that is not all. A company called First Solar is listed on a BLM renewable energy project map of southern Nevada, one of 11 sited in Clark County. Additionally, the map shows six wind projects in Clark County and also lists the K Road Moapa project under “transmission projects.” In other words, there is a lot more going on than media have reported.

First Solar has at least three other solar projects in California. So it becomes apparent why the BLM, Reid and many other interested parties have such an intense interest in the desert tortoise.

The lucrative business opportunities explain both why Cliven Bundy has been facing such intense intimidation and why all the other ranchers have been chased out. Bundy represents a financial threat not merely to Reid, but a whole gamut of Democrats tied to Obama, Clinton and Gore.

This is what has been discovered by examining only a few of the 50-plus projects. Doubtless there are similar stories behind some, if not all, of the others.

If Democrat-linked entrepreneurs plan to turn the West into a massive arena for green projects, the implications are disturbing. The projects will eventually go as all others have gone before: failing as the unsustainable costs, maintenance problems and unseen environmental catastrophes they create become intolerable. The true goal of “green” energy, say cynics, is to make these people wealthier, not to save the environment.

Whether that turns out to be the case or not, the Bundy story needs far greater and deeper media scrutiny.

Someone needs to tell your buddy Glenn 'Gandhi' Beck what's up with all this. He's done nothing but rag on the Bundy's..

Harry Reid is a skid mark in the Nevada's underpants, or is Nevada his little boy?
If they love their State they will recall Reid and imprison him for his crimes.