In the Land of the Free, people grow up hearing a lot of things about their freedom.

And you're told that you have the most open and fair justice system in the world. 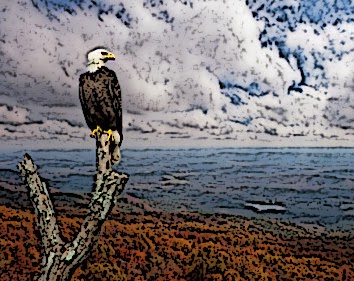 This justice system is supposedly founded on bedrock principles-- things like a defendant being presumed innocent until proven guilty. The right to due process and an impartial hearing. The right to counsel and attorney-client privilege.

Yet each of these core pillars has been systematically dismantled over the years:

1. So that it can operate with impunity outside of the law, the federal government has set up its own secret FISA courts to rubber stamp NSA surveillance.

According to data obtained by the Electronic Privacy Information Center, of the nearly 34,000 surveillance requests made to FISA courts in the last 35-years, only ELEVEN have been rejected.

Unsurprising given that FISA courts only hear the case from the government's perspective. It is literally a one-sided argument in FISA courts. Hardly an impartial hearing, no?

2. The concept of 'innocent until proven guilty' may officially exist in courts, but administratively it was thrown out long ago.

These days there are hundreds of local, state, and federal agencies that can confiscate your assets, levy your bank account, and freeze you out of your life's savings. None of this requires a court order.

By the time a case goes to court, you have been deprived of the resources you need to defend yourself. You might technically be presumed innocent, but you have been treated and punished like a criminal from day one.

3. Attorney-Client privilege is a long-standing legal concept which ensures that communication between an attorney and his/her client is completely private.

In Upjohn vs. the United States, the Supreme Court itself upheld attorney-client privilege as necessary "to encourage full and frank communication between attorneys and their clients and thereby promote broader public interests in the observance of law. . ."

It doesn't matter what you're accused of-- theft. treason. triple homicide. With very limited exceptions, an attorney cannot be compelled to testify against a client, nor can their communications be subpoenaed for evidence.

Yet in a United States Tax Court decision announced on Wednesday, the court dismissed attorney client privilege, stating that:

"When a person puts into issue his subjective intent in deciding how to comply with the law, he may forfeit the privilege afforded attorney-client communications."

In other words, if a person works with legal counsel within the confines of the tax code to legitimately minimize the amount of taxes owed, that communication is no longer protected by attorney-client privilege.

Furthermore, the ruling states that if the individuals do not submit attorney-client documentation as required, then the court would prohibit them from introducing any evidence to demonstrate their innocence.

While it's true that attorney-client privilege has long been assailed in numerous court cases (especially with regards to tax matters), this decision sets the most dangerous precedent yet.

With this ruling, government now has carte blanche to set aside long-standing legal protections and even deny a human being even the chance to defend himself.

Naturally, you won't hear a word about this in the mainstream media.

But it certainly begs the question, what's the point of even having a trial? Or a constitution?

When every right and protection you have can be disregarded in their sole discretion, one really has to wonder how anyone can call it a 'free country' any more.