Scandal: Newly obtained emails on Benghazi show then-U.N. Ambassador Susan Rice was coached by a key White House aide to lie and ignore the facts known and reported on the ground to make the administration look good. 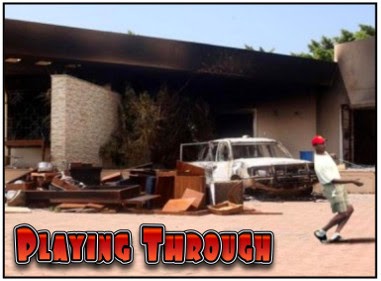 The fish rots from the head, as the saying goes, and no further proof is needed than a Sept. 14, 2012, email from Ben Rhodes, an assistant to the president and deputy national security adviser for strategic communications, contained in more than 100 pages of documents released by Judicial Watch and obtained in a Freedom of Information Act request.

That email, with the subject line: "RE: PREP Call with Susan: Saturday at 4:00 p.m. ET," was sent to other key White House staffers such as then-Communications Director David Plouffe and Press Secretary Jay Carney the day before now-National Security Adviser Susan Rice made her whirlwind tour on five Sunday news show appearances to specifically and emphatically blame an Internet video for the Sept. 11, 2012, attack on the American diplomatic mission in Benghazi, Libya, in which U.S. Ambassador Christopher Stevens and three other nationals were killed.

One of the goals listed in the emails was the need for Rice "to underscore that these protests are rooted in an Internet video, and not a broader failure or policy." She was also to "reinforce the President and Administration's strength and steadiness in dealing with difficult challenges." Her job was not to tell the truth, but to put lipstick on the Obama administration's Benghazi pig.

The documents include a Sept. 12, 2012, email from Payton Knopf, a former deputy spokesman at the U.S. Mission to the United Nations, in which Knopf informs Rice that senior officials had already dubbed the Benghazi attack "complex" and planned in advance. Yet Rice would still insist on her TV tour that the Benghazi terrorist attacks were "spontaneous."

In early April, former deputy CIA director Michael Morell, who was heavily involved in editing the now infamous talking points, told lawmakers it was Rice, on the Sunday shows, who linked the video to the Benghazi attack and that the video was not part of the CIA analysis.

The Rhodes email was not part of the 100 pages of emails released by the administration last May, and we can see why. As we noted at the time, that email package showed a successive pattern of edits with White House involvement designed to remove any hint of terrorist involvement to fit the administration's campaign narrative that the war on terror was over and won.

Those emails show that Rhodes and National Security Council spokesman Tommy Vietor were alerted that the intelligence community was drafting talking points that as late as 3:04 p.m. on Friday, Sept. 14, still included references to extremists tied to al-Qaida and an "attack."

The terms "al-Qaida" and "attack" were stripped out by 4:42 p.m., and shortly afterward Vietor thanked colleagues for revisions and said they would be vetted "here," as in the White House. He then forwarded "edits" from John Brennan, the current CIA chief who then was a White House counterterrorism adviser.

In a White House meeting on Saturday morning, Sept. 15, the CIA, at the direction of the State Department and White House, drafted the final version of the talking points from which all references to al-Qaida and security warnings in Benghazi before the attack were deleted.

The question of how the video story was concocted out of whole cloth, by whom and why, and why it was trumpeted by Rice, then-Secretary of State Hillary Clinton and President Obama himself with such fervor at the United Nations has remained unanswered until now.

"Now we know that the Obama White House's chief concern about the Benghazi attack was making sure that President Obama looked good," Judicial Watch President Tom Fitton said in a statement.

That the White House's main concern in the wake of an attack in which four Americans were murdered was Obama's image is downright despicable.

How come Judicial Watch can do more than a Republican-controlled House investigation can? Because Speaker Boehner is pathetic, that's why. The White House doesn't hand over documents in 20 months and the House does nothing. As long as Boehner is the Speaker, Barack Obama can go on weekly million-dollar taxpayer-funded golfing trips with no worries.