This just in: Mozilla has launched a new browser called BackFireFox. But seriously, folks, what's the firing of some Mozilla CEO with old-fashioned views on marriage compared to the potential advancements in technology the progressive Mozilla team can unleash once it's been liberated from this guy's heteronormative oppression?

All Brendan Eich has ever done was invent JavaScript. But we all know that the world-wide proletarian revolution is being organized according to a different script, which does not involve Java.

Here is just a small sampling of new Mozilla plug-ins, extensions, and themes proposed by us on Twitter hashtag #NewMozillaAdOns. 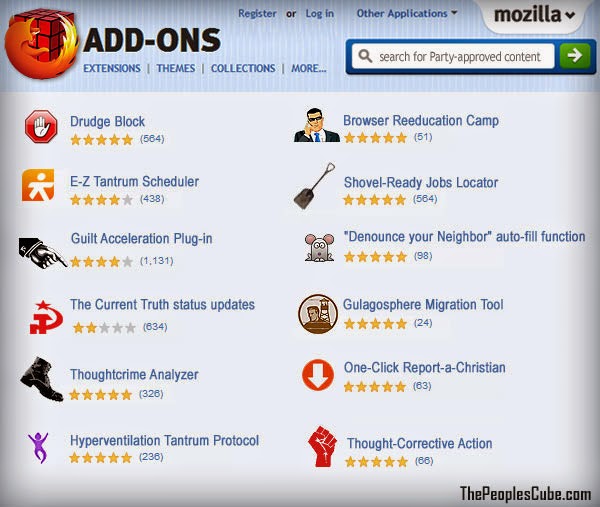