Death Of Truth: An imam objects to a film set to be shown at the National September 11 Memorial Museum because it might make people believe radical Islam was involved in the terrorist attacks. We're not making this up.

It has been said that the first casualty of war is truth. And in this age of political correctness, the war on terrorism — described by this administration as either over or merely a series of overseas contingency operations in response to man-caused disasters — is a classic example. 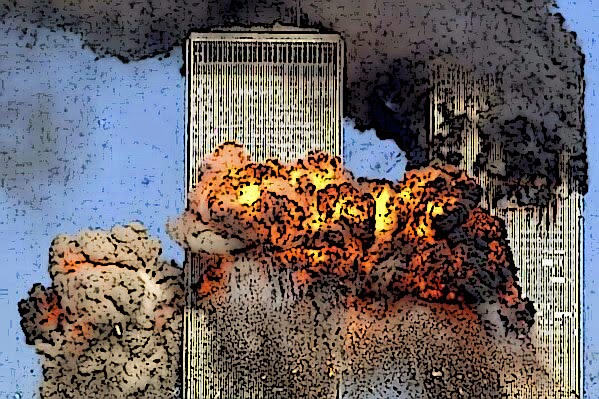 The lone imam on an interfaith advisory group to the National September 11 Memorial Museum, set to open May 21, has quit in protest of a seven-minute documentary narrated by NBC anchor and noted right-wing extremist Brian Williams because it might give low-information viewers the impression that the al-Qaida terrorists who attacked America and killed 3,000 people were, dare we say it, Muslims.

"The screening of this film in its present state would greatly offend our local Muslim believers as well as any foreign Muslim visitor to the museum," Sheikh Mostafa Elazabawy, the imam of Masjid Manhattan, wrote in a letter to the museum's director.

"Unsophisticated visitors who do not understand the difference between al-Qaida and Muslims may come away with a prejudiced view of Islam, leading to antagonism and even confrontation toward Muslim believers near the site."

We understand the difference and have often stated the truth that while, obviously, only a fringe few Muslims are actually terrorists, all the 9/11 terrorists were Muslims dedicated to Islamic jihad. But the words the imam would strike from the film, titled "The Rise of Al Qaeda," would be like producing a film on Pearl Harbor and World War II without mentioning Japan and events such as the Bataan Death March and the Rape of Nanking.

As blogger Pamela Geller puts it, it is not we who associate Muslims with 9/11, it is the 9/11 jihadists themselves who associate their religion with what they did. The last letters left by the 19 Muslim terrorists said the attack was in the cause of Islam and cited Allah 90 times.

Those who seek to airbrush this terrorist attack — just as President Obama airbrushed the Fort Hood massacre by an Islamic jihadist, calling it "workplace violence" — include Rev. Chloe Breyer of the Interfaith Center of New York and daughter of Supreme Court Justice Stephen Breyer. She says the documentary should show Islam as a "peace-loving religion" and demonstrate that Muslims understand "jihad" as "the ability to wage the struggle to do good."

So we should just forget events such as the first World Trade Center bombing in 1993, the U.S. embassy bombings in Africa, the attack on the USS Cole, the murder of Leon Klinghoffer, the killing of Christians in Muslim countries, the brutalization of women under Shariah law, the murder of Dutch filmmaker Theo van Gogh, and, yes, even Fort Hood. Nothing to see here.

We have seen this movie before, no pun intended. The monument to Flight 93 in Shanksville, Pa., was originally designed to be a "Crescent of Embrace," consciously using one of Islam's central symbols, rather than a monument to the heroic "Let's Roll" passengers who prevented what could have been an attack on the White House or Congress by Islamic jihadists.

Muslims were victims on 9/11 as well. We dishonor the dead by ignoring the identities and motives of their murderers. Who knows, maybe the next time Americans are murdered by Islamic jihadists, that attack will be blamed, a la Benghazi, not on terrorism, but on the alleged "inflammatory" video "The Rise of Al Qaeda."