The Gut-Wrenching Charts Obama Doesn't Want You to See

Talking about Obamacare’s effects is one thing; seeing hard data is another.

Here’s a quick look at just three of these charts and how Obamacare is hitting three groups. 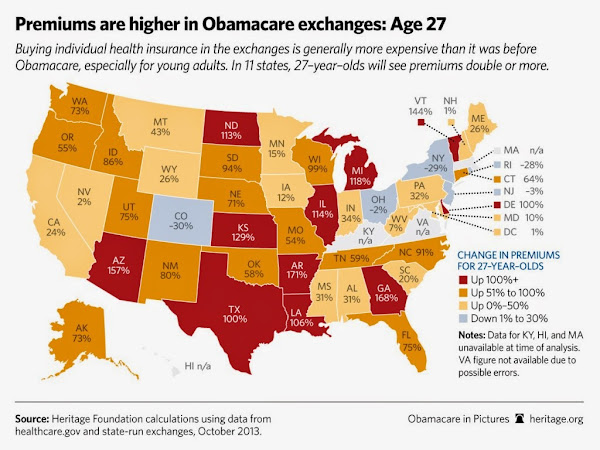 Obamacare says you can stay on your parents’ health insurance until you turn 26. This chart looks at what happens after that—if you don’t have employer-sponsored insurance and you have to get insured through Obamacare. If you’re trying to save for a car or house—or just paying rent to have your own place—seeing your premiums double is quite a blow. 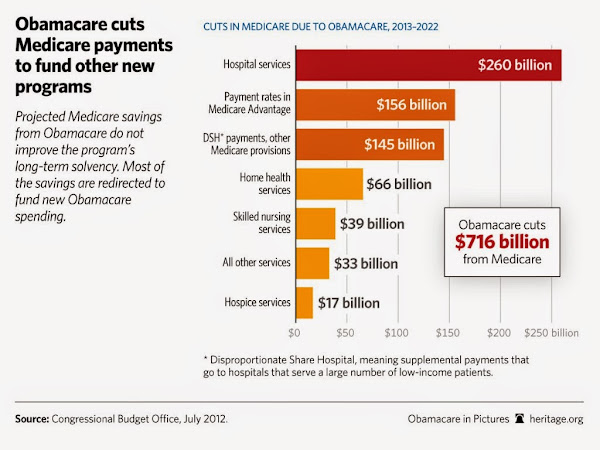 You may recall Heritage experts’ warning that Obamacare would cut $716 billion from Medicare. That’s still happening.

Despite the Obama administration’s recent walking back of Medicare Advantage cuts for this year, Obamacare’s planned cuts to Medicare are moving forward. This chart shows which parts of Medicare are affected.

Heritage expert Alyene Senger has explained that, instead of cutting waste, fraud, and abuse in the Medicare program, Obamacare targets the amounts Medicare service providers are paid. These cuts have ripple effects on seniors. Doctors, nursing homes, and other providers who can’t afford to be part of Medicare any more will cut back or stop participating—and that means fewer options and less access to care for seniors. 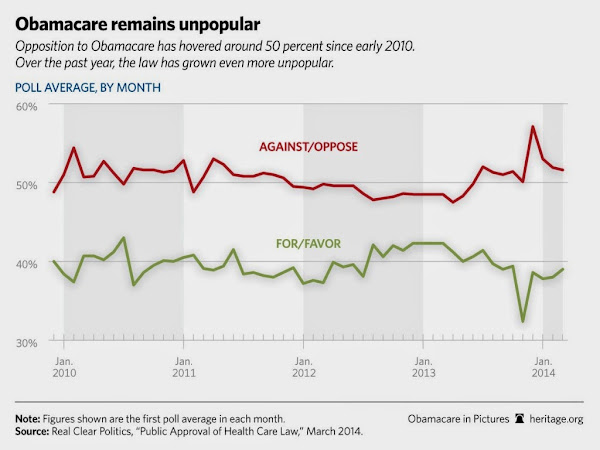 This chart looks a lot like a heartbeat—and it tracks one of Obamacare’s vital signs: public opinion. There has been a 10-point gap between support for and opposition to the law for some time now. That spike in opposition/sharp decline in support? It coincides with the flood of cancellation notices that landed in Americans’ mailboxes last year.

>>> See the rest of Obamacare in Pictures

The Laughable Care Act from a failed Presidency.
Prison time is next, then they can all write books, and in 50 years we may be on the road to recovery after a love affair with a pervert, uh, I mean perp.