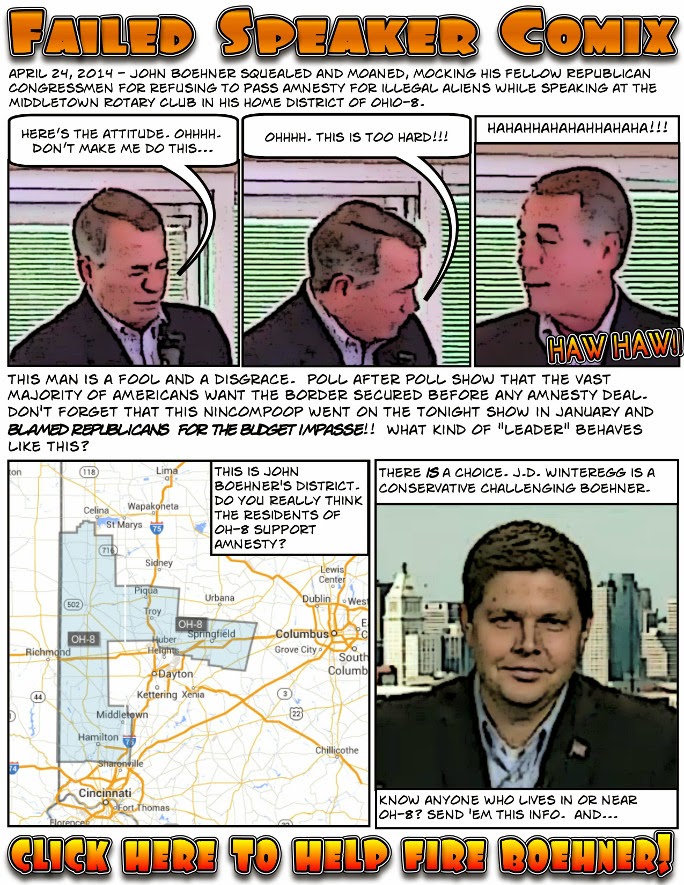 As anyone who had paid any attention at all knows, the GOP has faced off against Barack Obama, Harry Reid, and the dishonest shills in the mainstream media for years. They have been called “racists” for trying to uphold the rule of law. They have been called “terrorists” and “arsonists” for trying to get rid of Obamacare, an unpopular law that the Democrats foisted on the nation against the majority’s will. And as anyone who has paid any attention at all knows, Obama has proven to be entirely untrustworthy with the basic rule of law.

Boehner himself has questioned whether Obama can be trusted to obey the law. Why, then, is he mocking Republicans? Does he believe that mockery is the way to earn trust? If that’s what he thinks, then he is every inch the unifying leader that Barack Obama is.

John Boehner is pitiful. The sooner House Republicans vote him out of the speakership, the better.

The video really is shocking for the level of disrespect Boehner has for his colleagues and his constituents.

Click here to help fire the failed Speaker of the House.