The saga of Lois Lerner, the IRS official who oversaw the unjust persecution of conservative and tea party organizations during the 2012 election, continues to be one of the most interesting and infuriating cases of political corruption in recent memory. After twice invoking the Fifth Amendment to avoid testifying on what she knew and when she knew it, Ms. Lerner now faces the prospect of jail time, having been officially held in contempt of Congress and recommended for criminal prosecution by the Department of Justice. 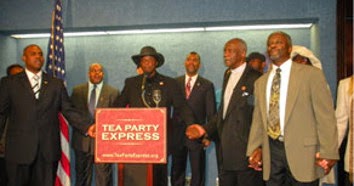 Yet one of the most astonishing features of this whole circus has been Lerner’s alleged rationale for refusing to cooperate the investigation and help right the wrongs of her agency. Presented with an opportunity to display honesty and humility in order to root out political corruption, Lerner instead took refuge in cowardice.

Lerner’s attorney claimed that she feared that giving an open testimony before the congressional committee would place her life in danger. “Ms. Lerner has been the subject of numerous threats on her life and safety, and on the life and safety of her family. I left with the staff recent evidence of those threats,” he wrote in a letter to Darrell Issa, the committee chairman.

It is a bit rich for someone who participated in the wholesale abuse of government power to oppress ordinary citizens to now paint herself as a victim. This is a typical, and wholly predictable, tactic of the left. Whenever they are caught doing something unseemly, it is never their fault. Progressives are incapable of seeing themselves as anything other than victims, and their opponents as anything other than oppressors. Any other perspective would shatter their self-image as noble underdogs, fighting the evil and greedy capitalists for the common good.

“Blaming the victim” is a phrase most commonly applied by progressives to denounce Republicans in the imaginary “War on Women.” It would be hard to find a more clear cut case, however, than an official with the IRS actually fear mongering against the very people they have wronged.

Apart from perpetuating the left’s culture of victimhood, Ms. Lerner’s behavior also continues another pattern of mischaracterization that has been going on for years—the idea that the tea party is composed of violent extremists. This is a myth that has persisted in spite of a complete dearth of evidence. Tea party rallies have been uniformly clean, cordial and peaceful, in stark contrast to the paths of waste and destruction left in the wake of the Occupy Wall St. movement—a movement that the media was nevertheless lionized by the media, its sins and excesses swept unceremoniously under the rug.

Yet time and time again, the media has rushed to portray tea partiers as perpetually teetering on the edge of violent psychopathy. If Lerner has in fact received death threats, as her attorney claims, it is indeed troubling, but it is no more than every public figure—including myself—receives on a regular basis. That fear of idle threats should prevent a powerful, and no doubt well protected, woman from atoning for the sins of her agency by telling the truth is, in a word, shameful.

The IRS targeting scandal was an outrageous breach of power and the American people deserve to learn the truth about why their government betrayed them. Now, with Lerner being held in contempt of Congress and recommended for criminal prosecution, we can only hope that justice may finally be served.

"I left with the staff recent evidence of those threats"...I hope this fantasy evidence involves higher quality Photoshopping than Obama's COLB.