Fascinating investigative report in Chicago Magazine describes the malevolent behavior of the Emanuel administration and the corrupt Democrat leadership in Cook County. Those declining crime rates in Chicagoland? 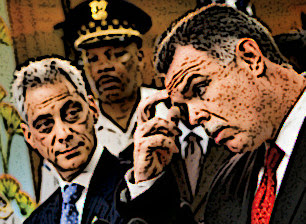 Chicago conducted a 12-month examination of the Chicago Police Department’s crime statistics going back several years, poring through public and internal police records and interviewing crime victims, criminologists, and police sources of various ranks. We identified 10 people, including Groves, who were beaten, burned, suffocated, or shot to death in 2013 and whose cases were reclassified as death investigations, downgraded to more minor crimes, or even closed as noncriminal incidents—all for illogical or, at best, unclear reasons.

This troubling practice goes far beyond murders, documents and interviews reveal. Chicago found dozens of other crimes, including serious felonies such as robberies, burglaries, and assaults, that were misclassified, downgraded to wrist-slap offenses, or made to vanish altogether.

To be clear, this skulduggery can not be laid on the feet of rank-and-file police force. It is a policy that can only come from the top. 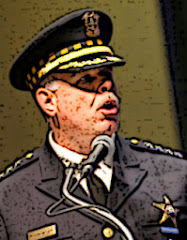 Many officers of different ranks and from different parts of the city recounted instances in which they were asked or pressured by their superiors to reclassify their incident reports or in which their reports were changed by some invisible hand. One detective refers to the “magic ink”: the power to make a case disappear. Says another: “The rank and file don’t agree with what’s going on. The powers that be are making the changes.”

...ources describe a practice that has become widespread at the same time that top police brass have become fixated on demonstrating improvement in Chicago’s woeful crime statistics.

And has there ever been improvement. Aside from homicides, which soared in 2012, the drop in crime since Police Superintendent Garry McCarthy arrived in May 2011 is unprecedented—and, some of his detractors say, unbelievable.

An audit by the city Inspector General has discovered McCarthy's department appears to have deliberately undercounted aggravated assaults and batteries by around 25 percent.

Cook County needs more concealed carry and it needs it now. It needs law-abiding citizens to help protect the innocent. More cops, especially under this diabolical mayor, aren't the answer.

at 11:55 AM
Email ThisBlogThis!Share to TwitterShare to FacebookShare to Pinterest
Labels: Crime, Democrats, Obama

Straight from the playbook of the creature who called terrorism "workplace violence".

These are the reasons politicians go to JAIL