The catastrophic effects of an electromagnetic pulse-caused blackout could be preventable, but experts warn the civilian world is still not ready. 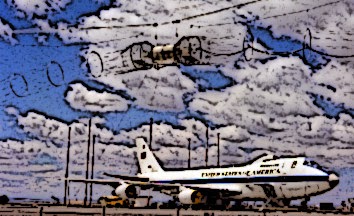 He said the more officials plan, the lower the estimated cost gets.

“If you do a smart plan — the Congressional EMP Commission estimated that you could protect the whole country for about $2 billion,” Pry told Watchdog.org. “That’s what we give away in foreign aid to Pakistan every year.”

In the first few minutes of an EMP, nearly half a million people would die. That’s the worst-case scenario that author William R. Forstchen estimated in 2011 would be the result of an EMP on the electric grid — whether by an act of God, or a nuclear missile detonating in Earth’s upper atmosphere.

The scenario sounds like something in a Hollywood film, but the U.S. military has been preparing its electronic systems for such an event since the Cold War. The protective measures taken to harden facilities against a nuclear attack also help in some cases to protect against EMPs.

The civilian world is another story.

States have been working to fill in the legislative and regulatory gap left by Congress, as previously reported by Watchdog.org, and private companies have been developing technologies that would protect against EMPs.

In 2011, state utilities commissioners recognized the need to invest in equipment that could help protect the power grid, but experts continue to warn that time to do so is running out.

Much focus during the past several years has been placed on society’s cybersecurity vulnerabilities. Sophisticated computer hackers working in secret, most likely sponsored by nation-states, can steal identities, money and even potentially hijack airplanes.

National Geographic, in the movie American Blackout, explored the catastrophic effects a cyberattack on the grid would have on society.

The movie premiered in October 2013 at the National Geographic Museum in Washington, D.C., accompanied by a panel of national security experts from the U.S. intelligence community.

Cyberattacks against the grid are possible. Stuxnet, the computer virus developed by the United States and Israel to sabotage Iran’s nuclear enrichment program, demonstrated that such an attack is not only possible, it can be done.

Electricity is the lifeblood of the modern world. Food, transportation, medical facilities and communication systems all need it to function.

An EMP attack from a nuclear missile launched by a country like North Korea, on the other hand, would indiscriminately cripple whole regions.

Unlike nation-states, which can be deterred through diplomacy and force, however, the universe acts of its own accord.

An EMP from a super solar flare would behave similarly to Josh Peterson7a-7b0b0a8b55ec">one generated by a nuclear missile that detonated in Earth’s upper atmosphere.

Solar flares are explosions on the surface of the Sun; coronal mass ejections (CME), a solar flare’s accompanying EMP, can disturb the space weather around the Earth and affect communications signals traveling through the upper atmosphere.

On multiple occasions during the past 155 years, large enough CME’s have disrupted electrical systems on Earth. One of the largest recorded solar flares happened in 1859. The CME, called the Carrington Event, disrupted telegraph systems in Europe and North America, and lit up the evening sky.

A solar flare in 1989 caused a blackout in Quebec that lasted more than nine hours, and systems as far away as New Jersey were also damaged. In 2013, Space.com ranked the solar storm that caused the blackout as the fourth worst in history.

Space.com ranked a solar storm in December 2006 as the worst, and U.S. government officials reported that the event disrupted satellite communications and GPS signals for about 10 minutes and damaged the satellite that took the picture of the storm.

A joint study published in 2013 by researchers at Lloyd’s of London and Atmospheric and Environmental Research found that a similar event today would cost the world economy $2.3 trillion.

Risk of another Carrington-class solar flare is expected to peak by early 2015. In the summer of 2012, Earth narrowly missed one estimated to have been more powerful than the Carrington Event and 35 times the size of Earth.

Putting aside the claim that a half million people would die in a short time after an EMP, the truth about EMP is that nobody knows exactly how much damage would be done. That is exactly why it makes a poor weapon.

We have thousands of cell towers, not to mention broadcast and two-way towers and many get direct hits by lightning each day and most survive. While the frequency spectrum of an EMP is different than that of lightning, my point is that most of the time most of the equipment survives. Some will not.

We had a recent study that showed that asteroid strikes are far more frequent than previously believed. Such a strike could cause an EMP.
For that reason alone, it is just prudent to try to make the power grid reasonably resilient against EMP.