What was the old saw about guns and outlaws? It would appear that the corrupt, dimwitted Democrats running Chicago never heard it and can't learn it.

At least nine people have been killed and 26 others wounded in shootings across Chicago since Friday... Of the 35 people shot, 10 of them were shot on Easter Sunday. 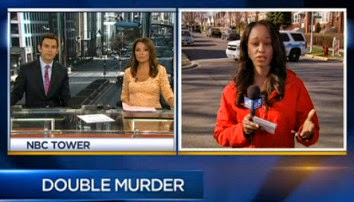 The 19-year-old man was taken in critical condition to an area hospital, but police said he later died of his injuries... Police said the two were traveling in a vehicle when an orange hummer [sic] drove alongside and fired shots.

The two were found unresponsive just after 5 a.m. Sunday inside a home in the the 5300 block of South Austin Avenue, said Chicago Police News Affairs Officer Jose Estrada.

I wonder how many of the 9 dead will be recategorized as "noncriminal death investigations" as part of Rahm Emanual and Gerry McCarthy's ongoing scam?

at 7:14 PM
Email ThisBlogThis!Share to TwitterShare to FacebookShare to Pinterest
Labels: Crime, Democrats

The only redeeming value to continue residing in Chicago is that 99% of all the homicides take place in basically the same area. While there have been shootings up here on the North Side, even those killings take place in one particular neighborhood (East Rogers Park). Sure, there are random events elsewhere.

Sadly, it appears that some areas up here are beginning to deal with gang activity and it won't be that long before it spreads into the more quiet neighborhoods.

But you shouldn't correlate the many murders with Chicago's anti-gun legislation. After all, the Democrats who run this city don't understand that when you outlaw guns, only outlaws will have guns. Because if they believed that then they would be racists, just like us Conservatives.

Frankly, I can't wait to leave this Hellhole and move back to Texas.

I live in northern Wisconsin. Let me tell you a little about the drugs that are coming back up here. Heroin and meth.
It's coming in from Chicago. Chicago is a sanctuary city, thanks to Rahm Emanuel. The Mexican border is porous because the democratic party needs more illegal voters.
Heroin and meth were mostly eliminated here. Heroin because of interdiction. Meth because of bans on precursor chemicals.
The Mexican cartels now have huge heroin distribution networks and have established gigantic factories for producing meth.
It's flooding into the U.S.
It is pernicious. It is evil. It is being ignored because of more pressing and important matters; obtaining voters for the democratic party.

Wow, shocker. Who wouldn't think that the safe streets program wouldn't work. Telling criminals that certain streets are safe and off bounds should certainly be enough in lala land.