The cover-up is confirmed.


(Washington, DC) – Judicial Watch announced today that on April 18, 2014, it obtained 41 new Benghazi-related State Department documents. They include a newly declassified email showing then-White House Deputy Strategic Communications Adviser Ben Rhodes and other Obama administration public relations officials attempting to orchestrate a campaign to “reinforce” President Obama and to portray the Benghazi consulate terrorist attack as being “rooted in an Internet video, and not a failure of policy.”  Other documents show that State Department officials initially described the incident as an “attack” and a possible kidnap attempt.
Cold-blooded lies invented to hide the fact that American heroes fought and died while awaiting a rescue that would never come. 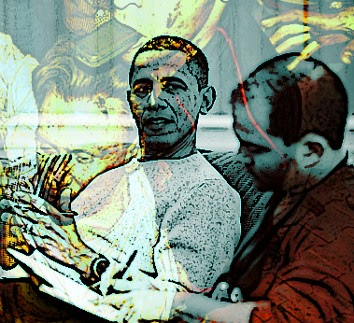 Previously unreleased internal Obama administration emails show that a coordinated effort was made in the days following the Benghazi terror attacks to portray the incident as “rooted in [an] Internet video, and not [in] a broader failure or policy.”

Rhodes sent this email to top White House officials such as David Plouffe and Jay Carney just a day before National Security Adviser Susan Rice made her infamous Sunday news show appearances to discuss the attack.

The “goal,” according to these emails, was “to underscore that these protests are rooted in an Internet video, and not a broader failure or policy.”

Bryan Preston well summarizes the implications for the Beltway Elite. 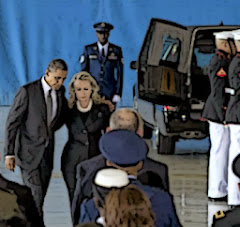 The “goal,” therefore, was to lie convincingly enough to get the president re-elected. It takes a special coldness to tell that lie with the bodies of the dead in coffins behind you. Hillary Clinton managed that without a trace of a conscience to slow her down...

...It’s well to remember at this point who Ben Rhodes is. According to the White House, he is assistant to the president and deputy national security adviser for strategic communications and speechwriting. That sounds nice, but he has no career in the military or intelligence. Rhodes is a career partisan Democrat and Obama loyalist who was put on the National Security Council because he is a loyalist to the man. Not the nation. Or the facts on the ground in Libya or anywhere else. Rhodes’ loyalty belongs to Barack Obama.

He needs to be compelled to testify under oath about all this.

The latest revelation is, in Roger L. Simon's opinion, the lynchpin for an impeachment trial.

The levels of criminality involved in this are mind-boggling. Everyone from Ben Rhodes to Hillary Clinton to Jay Carney to Susan Rice to Mike Morell to Barack Obama and on and on must explain themselves minute-by-minute. American “liberals” and their media consorts should search their souls. People died here...

...Anyone who now considers Benghazi a “fake scandal” is a either a complete liar or a moron. This new release of emails thanks to Judicial Watch is literally a call to arms. We will now see if there is even a figment of honesty in our mainstream media and if our elected representatives are to be trusted in any way.

It is our duty as citizens to put as pressure on those representatives as possible to carry through this investigation to its natural conclusion — impeachment.

In light of this discovery, will the Speaker of the House, John Boehner, finally name a Select Committee on Benghazi?

Will Darrell "Inspector Clouseau" Issa explain why a watchdog group like Judicial Watch -- and not his unfocused and possibly incompetent Oversight Committee -- is doing all of the heavy lifting in this investigation?

Will the media finally admit that they are co-conspirators in the cover-up?

It was not about a movie. The terrorists who attacked the embassy in Cairo wanted to force the U.S. to release the blind sheikh who masterminded the 1993 World Trade Center attack. What did the terrorists who attacked Benghazi shortly thereafter want? Why did they attack that facility, and did they know that the U.S. ambassador was there? Where was Barack Obama while Ben Rhodes was directing a cover-up? Why was the military not allowed to respond?

I have my theories.

Sharyl Attkisson was breaking ground on Benghazi. The intrepid CBS investigative reporter was, however, discouraged from doing so. Now, any ideas why the President of CBS News would want to kill stories on Benghazi? What could the President of CBS News possibly have known? How would David Rhodes know Ben Rhodes was orchestrating criminal conspiracy from the White House?

This all lies at the feet of our corrupt news media. All of it.

no, there won't be any investigation by the government. no there won't be anyone held accountable for their treasonous actions. At least until the Senate is in Republican hands (tea party side) and congress starts to do it's job!