Land Management: A Chinese solar farm that fries birds is OK, as is redrawing tortoise habitat boundaries to benefit political donors. But an American rancher grazing his cattle brings feds with sniper rifles. 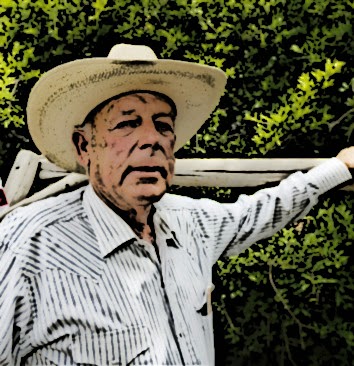 It appears Nevada rancher Cliven Bundy has, at least temporarily, wonhis "range war" with the paramilitary wing of the Bureau of Land Management. Fearing another Waco, BLM has announced it will no longer enforce a court order and stop stealing Bundy's cows, called "trespass cattle" by the feds, accused of grazing free on part of the 84% of Nevada that is federal property.

If the forces deployed in and around the Nevadan's ranch had been deployed to Benghazi, it's likely Glen Doherty, Ty Woods, Sean Smith and Ambassador Christopher Stevens would be alive today. If illegal aliens were grazing on the disputed property, there would not have been federal snipers perched nearby with American citizens in their sights.

The government that has detonated hundreds of nuclear weapons in the Nevada desert claimed a rancher's meandering cattle threatened a protected species.

BLM, one of the myriad federal agencies armed to the teeth these days, would have us believe the 67-year-old rancher is a trespassing bitter clinger who isn't paying his federal grazing fees as his cattle munch on government-owned vegetation and threaten the endangered desert tortoise.

So BLM SWAT teams descended on the ranch west of Mesquite, Nev., where cattle and the tortoise have lived in harmony for over 100 years. BLM claims Bundy owes them grazing fees dating back to 1993; he says his grazing rights predate the BLM. The desert tortoise in fact is so "endangered" in this area that the government is planning to euthanize some of them.

Nevada Sen. Harry Reid may have another reason for getting pesky cattle ranchers like Cliven Bundy out of the way. As Reuters has reported, "(Reid) and his oldest son, Rory, are both involved in an effort by a Chinese energy giant, ENN Energy Group, to build a $5 billion solar farm and panel manufacturing plant in the southern Nevada desert." To mitigate this commercial land use, other land had to be set aside. That land was Bundy's ranch.

Does the government really need to own 30% of the U.S., with the percentage in Western states much higher? The government's agenda in this and many other land-confiscation activities is motivated by a desire to comply with a U.N. "rewilding" program that advocates pushing humans out of rural areas and into densely packed urban zones to promote what the U.N. calls "sustainable development."

"Land ... cannot be treated as an ordinary asset, controlled by individuals and subject to the pressures and inefficiencies of the market," says the U.N.'s Agenda 21 action plan. "Private land ownership is also a principal instrument of accumulation and concentration of wealth and therefore contributes to social injustice; if unchecked, it may become a major obstacle in the planning and implementation of development schemes."

But our land can be controlled, apparently, by Harry Reid's donors and relatives and former staffers as well as assorted globalists and Chinese investors. In their view, this land is not your land, it's their land.

Bundy, who lives in a country founded by armed Americans resisting a tyrannical government, has objected, reviving the long-simmering Sagebrush Rebellion between residents of the West and a land-grabbing federal government.

In the end, Bundy and the people who rallied to his cause, some of whom carried firearms of their own while demonstrating , proved what the Second Amendment is all about.

Q: How do you euthanize a turtle?
A: Let Big Mitch take care of it.

What's gone largely undiscussed is that, if we read the words of the Constitution as written, the federal government is not authorized to acquire or own land for arbitrary or unspecified purposes. The reasons it may own land are explicitly stated in Article I Section 8.

The BLM may retreated but, this is not over by a long shot. They are re-grouping!

What the msm is not reporting is the fact that this administration had 'military' drones flying overhead - carefully take pictures of all those who came armed to assist an American under siege. They need to know about all of those who were there - for later purposes.
Keep an eye on this rancher - we do not want to find out that he died 'under mysterious' circumstances!

I thought the Constitution prohibited the Federal government from having national police units -- thief Founding Fathers thought this was a state--not a Federal -- responsibility. And, if Americans will take the time to look around at all Federal agencies, it seems that each agency has their own "guard or police" unit. In essence, our Federal government now has a Federal police force...it is just decentralized at the individual Federal agency level...IT APPEARS each of these agencies are buying HUGE amounts of ammunition.