“The founders did not establish a right to bear arms... They assumed it already existed [and] said that it ‘shall not be infringed.’ But gun-control advocates frequently want to skip over those words.” 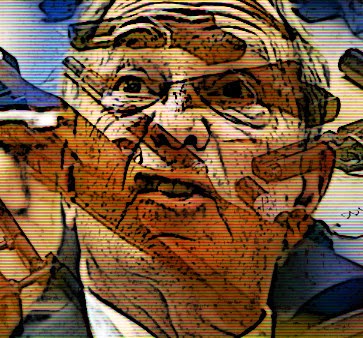 In a newly released book, Justice Stevens said the Second Amendment should be altered to say that people only have the right to bear arms “when serving in the militia.”

GOA blasted the comments, adding that gun owners would welcome the opportunity to demolish Stevens’ arguments in the court of public opinion.

“Bring on the debate,” said GOA Communications Director Erich Pratt in an interview with Newsmax over the weekend. Gun control advocates are always “pushing for draconian gun restrictions” while hiding behind words like “gun safety.”

But to a gun banner, those words are code for, “We just want the military and the police to have guns,” Pratt said. “So let’s get them out of the closet.”

GOA agrees. And increasingly, so do the American people.

Remember all the phony polls which were used by Obama last year in order to push gun control?

Remember the unrelenting unilateral media pressure to ban guns -- pressure reflected in even the “conservative” media?

Tuesday, the liberal USA Today was forced to concede that even liberal pollsters have found a massive, cataclysmic shift by Americans in favor of the right to keep and bear arms.

We bet that USA Today trolled all of the polls for some evidence that Americans embraced gun control to the same extent as their editorial board. What they found was a liberal Pew poll -- conducted immediately after last year's Newtown vote in April -- that found that Americans were statistically evenly divided between pro-gunners and anti-gunners. Okay, it's a liberal poll.

But what was even more interesting is that, in 2000, the same poll, asking the same questions, had found Americans supporting gun control by a margin of 66% to 29% -- a 37% gap in favor of gun control.

And Pew is not alone.

Later in 2013, Gallup found that 51% of all Americans do not support stricter gun control. In 2000, that number was 38% -- with 62% of Americans supposedly favoring more anti-gun laws.

Of course, 2000 was the year when gun owners confounded the pollsters and elected George Bush as president, over the anti-gun Democratic candidate, Al Gore.

Hence, you shouldn’t trust the polls. But when liberal gun grabbers are forced to concede that the polls are against them, that tells you something really interesting.

So, guess what, in this Easter week, we note that even Satan quotes scripture when he has no choice.

Bloomberg gets it really, really wrong

Speaking of the forces of darkness quoting Scripture, anti-gun former Mayor Michael Bloomberg chose this Easter week to try his hand at some biblical exposition.

But before we tell you about his whopper, Bloomberg made headlines on Wednesday after announcing his “threat” to spend $50 million to change people’s hearts and minds in favor of gun control.

Never mind the fact that Bloomberg has anything but the Midas touch when it comes to pushing gun control, as he’s lost almost every battle where he’s spent his millions.

“I guess he’s free to do so; he’s got money to waste,” said GOA Executive Director Larry Pratt on MSNBC. “But frankly, I think he’s going to find out why his side keeps losing.”

Indeed, Bloomberg lost in Nevada last year, where he tried to get a universal gun registry and universal background checks enacted.

He lost in Colorado, where he tried to rescue two state senators from being recalled because of their gun control votes.

And he lost in the U.S. Senate, where a concealed carry amendment actually garnered more Senate votes than did his proposal for expanding background checks on guns.

But it’s not just on guns where he gets it wrong. Obviously proud of his efforts in pushing firearms restrictions, Bloomberg said this week that:

“If there is a God, when I get to heaven, I’m not stopping to be interviewed. I’m heading right in. I’ve earned my place in heaven. It’s not even close.”

Wow, if he thinks he’s blessed because of his efforts to disarm the public, he should consider passages like I Samuel 13:16-22, where arms control was considered a curse; and Luke 22:36, where Jesus told His disciples to sell their cloaks and buy a sword (if they didn’t already have one).

And as for breezing right through the pearly gates, without an interview, and gaining entrance on the basis of his own very tainted efforts? Does he really think that he can buy his way into heaven because of the millions he’s spent on “social issues”?

Most people would find that disgusting.

Sadly, it appears that Bloomberg has no idea what this Easter weekend is all about. And so on that note, we here at Gun Owners of America hope that you and your family will have a blessed holiday.

There is only one destination that an interview isn't required for so Bloomy better bring his shorts. He needn't worry about gun control where he is going. Only guards will be armed, and they have pitchforks not guns.

His efforts have not been in vain.

That's what leftist elitists do.

The fun begins when we start doing hings to leftist elitists -- and their RINO enablers.