The primary contest between Tea Party challenger J.D. Winteregg and John Boehner has gone national with word that an entertaining video ad cost the upstart his job 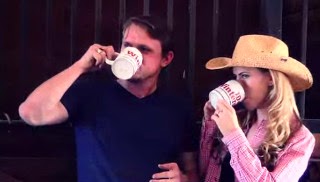 J.D. Winteregg, who's received outside support from the Tea Party Leadership Fund in his bid for Boehner's House seat, had been an adjunct professor at Cedarville University, a small Christian college in Cedarville, Ohio, for three years. Last week, Winteregg was told his contract would not be renewed. Winteregg, 32, said in an interview that he was dismissed after his campaign released a video parody of erectile dysfunction advertisements.

"They said because of the ad that my relationship with them will be done. It's over," Winteregg said Monday. "The ad obviously touched a nerve."

I spoke with Cedarville's Executive Director of Public Relations this evening. Mark Weinstein indicated that Winteregg had taught one French class each of the last three years and that they would "likely not be renewing the class" in the future. 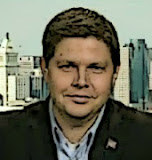 When I asked Weinstein whether the ad was the reason for the termination, he was evasive.

"The ad was not necessarily the cause... it could be that the class doesn't attract enough students."

In other words, he wouldn't directly say what the reason was for Winteregg's apparent dismissal. But he went on to talk about Cederville's "values".

When I noted that there was absolutely no prurient content in the ad and that it represented a simple satire of ads seen in prime time, Weinstein was noncommittal. He emailed me the statement offered other outlets:

J.D.Winteregg has been an adjunct professor of French for the past three years. He instructed one online class each semester but last week concluded his teaching responsibilities. He is not scheduled to teach any future classes at Cedarville University.

Cedarville University does not engage in partisan politics and holds a high regard for displaying Christian values in the community. When faculty or staff members participate in political conversations, interviews, advertisements, or endorsements, they are doing so as individual citizens. Mr. Winteregg in his recent political campaign video did not represent the views or values of Cedarville University.

I responded with a question:

I'm assuming that there was no pressure brought to bear by external parties to sever the relationship with Winteregg? In other words, that this was an internally sourced effort unrelated to political exigencies?

Weinstein responded in the negative, but did not directly answer my question:

There was no political pressure from any political campaign. I was asked by other reporters if we had contact with Mr. Boehner's campaign or office, which we haven't. Mr. Winteregg completed his one teaching assignment at the conclusion of this semester, which was Friday. We are now in finals week.

I asked about pressure brought by "external parties" not "any political campaign".

The reason I used that particular phrase is because Cedarville, like most universities, is subject to state and federal largess and regulatory oversight.

"It would be a shame," the conversation might go, "if you folks at Cedarville happened to lose your accreditation."

Not saying that happened, but stranger things have transpired.

On Monday, Boehner's campaign reserved another $48,000 in television advertising in the Cincinnati and Dayton media markets. Boehner has spent about $345,000 on television ads in advance of the May 6 Republican primary.

You can help out J.D. by clicking here.

boehner just a jerk off democrat that in the pocket of big money donors.. the thing with boehner is he talks out of his rear end just like lying obama