RESET: The Obama administration opts for fake sanctions on Putin

The United States announced new sanctions on seven Russian government officials April 28. A long-used tactic, sanctions can yield unpredictable effects or have no effect at all, depending upon how they are crafted. It is commonly assumed that sanctions are applied when a target country's actions are deemed unacceptable. The sanctioning nation presumably chooses sanctions to avoid war when war would be too costly or could result in defeat. 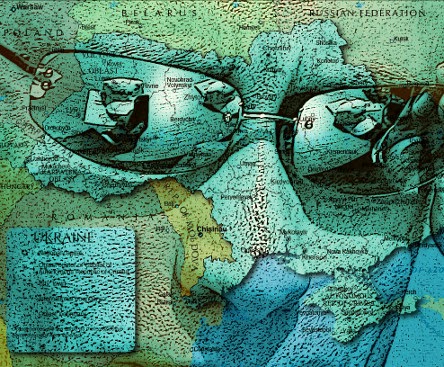 Sanctions' stated purpose is to induce behavioral changes in a target state by causing economic pain. To work, sanctions must therefore cause pain. But they must not be so severe that they convince the target state that war is more desirable than capitulating to the demands of the sanctioning nation.

When Sanctions Work Too Well

In July 1941, when the Japanese invaded Indo-China, the United States responded by freezing all Japanese assets. The United Kingdom and the Dutch East Indies (today's Indonesia) followed suit. The sanctions were quite effective, and Japan wound up cut off from the bulk of international trade, losing 90 percent of its imported oil. Japan had to respond, but instead of withdrawing from Indo-China, it attacked Pearl Harbor.

The Japanese example is worth considering. The United States placed Japan in a situation where its oil supplies would be depleted in months, at which point Japan would cease to be an industrial power. Tokyo could have accepted the American terms, but once it did this, it would have established a U.S. veto over Japanese decisions.

The Japanese did not trust the United States and were convinced that any capitulation to sanctions would simply lead to more U.S. demands. Tokyo understood the risks of war but calculated that these risks were lower than the risks of complying with U.S. demands (though the Japanese might well have been wrong in this calculation, and Franklin Roosevelt might well have known that Tokyo would choose war over capitulation). Faced with sanctions that would cripple the nation, Japan chose war.

Sanctions perform better against nations that lack retaliatory options, including the option of waging war. Iran is an example of a perfect target for sanctions. Without a deliverable nuclear device, it lacks the option to wage war, and it has few other ways to retaliate. (Even with countries like Iran, however, sanctions can have a limited effect if the target can find ways to get around the sanctions.)

Placing effective sanctions on a country such as Russia is much more complicated than placing them on countries like Iran or the Central African Republic because the Russians have potential military responses. They also have the ability to retaliate by seizing Western assets in Russia: There are many Western companies doing business in Russia with significant equipment, factories, bank accounts and so on. Moscow also has the power to cut energy supplies to Europe. Whether it would be prudent for Russia respond in those ways is an important question, but the mere fact Russia has a range of retaliatory options is an important consideration.

Partly for that reason and partly because of a theory of sanctions that has emerged in recent years, the United States and some European countries have largely opted out of placing sanctions on Russia as a whole. Instead, they have place sanctions on individuals and a small number of companies in Russia deemed responsible for actions in Ukraine that the United States and Europe find objectionable. We might call these "precision-guided sanctions," or sanctions intended to compel a change in direction without inflicting collateral damage or risking significant retaliation.

The idea of placing sanctions on regimes rather than on nations originated with the obvious fact that if successful, sanctions on nations harm the entire population, most of whom are innocent and powerless, while leaving the leaders who have created the crisis in power and free to shift the burden to the population. The Iraq example is frequently cited. There, a strong regime of economic sanctions was imposed on the country, severely diminishing Iraqis' standard of living while allowing the leadership to profit from various loopholes intended to ease the burden on the public.

The idea of sanctions against specific leaders to avoid harming the general public emerged from this and other experiences. This approach has dominated the Western response to Russian actions in Ukraine. By attacking the economic interests of key Russian leaders, or at least of their inner circles, the West appears to be trying to force changes in Russian policy toward Ukraine. This raises a number of important questions.

Limits to Sanctions on Russia

First, there is the question of whether Russian leaders care more for power or for money. In the 1990s, money generated power, but the two are more aligned now: Those with power and those with money are the same. It is therefore hard to imagine that the Putin regime will shift policy -- and thereby admit weakness, a fatal error for anyone in power -- to preserve part of its members' fortunes.

Moreover, the Russian leadership has kept some of its money inside Russia to avoid seizure by Western governments. Certainly, some of the leadership's money has flowed out of Russia, but not all of it. The people who have been targeted will not suddenly be hurled onto the welfare rolls in Russia because of the current sanctions. The targeted individuals will respond to the U.S. sanctions with indifference. They may lose some assets in the ensuing treasure hunt. But their resulting domestic popularity boost will offset this, a boost perhaps costing no more than a high-power Washington public relations firm might charge. And given their positions, they can certainly earn back whatever they lose in seizures.

To illustrate the Western dilemma, let's assume there is a joint venture between Rosneft and a Western oil company. How exactly does the West proceed with sanctions in such a situation? Does it seize all or just some of the assets of the joint venture? What liability does it inflict on other shareholders, Western and Russian, who are not on the sanctions list? Now go further and consider an investment in a U.S. private equities firm by a Mexican fund with investors from Cyprus who may include people on the sanctions list. In modern capitalism, investment paths can be twisted indeed.

One might be able to track down assets in a relatively small country with limited assets. But Russia is the eight-largest economy in the world, and its wealth is intertwined with the targets of the sanctions, greatly complicating the challenge of crafting effective precision-guided sanctions.

Third, there is the political question. Russian President Vladimir Putin's popularity has soared since the Russian annexation of Crimea. As in the West, Russian leaders appearing to act decisively in foreign crises enjoy higher approval ratings, at least initially. Putin may find it difficult not to respond to the sanctions because if he fails to act, he could lose some of the popularity he gained by his appearance of strength.

In addition, the United States doesn't want to threaten regime survival in a country with massive military power. Nor does it want to engage in an action that would trigger an invasion of Ukraine and force the United States to either back away or join a war it is unprepared for. It also will try to avoid mistakenly seizing U.S. and European assets -- assets deployed by Russia deliberately to bait Washington into making just such a mistake.

The Obama administration has a final major reason to avoid effective sanctions. If someone had said a year ago that U.S.-Russian relations would reach the present point, they would have been laughed at, something I can attest to. Foreign investment is a major component of the U.S. economy, and distinguished political leaders are an excellent source of capital. If you are the leader of China, Saudi Arabia or India, all of which have problems with the United States that could conceivably mushroom, you might think twice before investing your money in the United States. And there are more countries than those four that have potential conflicts with the United States.

The U.S. sanctions strategy is therefore not designed to change Russian policies; it is designed to make it look like the United States is trying to change Russian policy. And it is aimed at those in Congress who have made this a major issue and at those parts of the State Department that want to orient U.S. national security policy around the issue of human rights. Both can be told that something is being done -- and both can pretend that something is being done -- when in fact nothing can be done. In a world clamoring for action, prudent leaders sometimes prefer the appearance of doing something to actually doing something.

The U.S. Opts for Ineffective Sanctions on Russia is republished with permission of Stratfor.