Disarming America: The U.S. has announced plans to place 50 nuclear missiles in storage as part of its commitment to the New START Treaty signed with Russia, ignoring Moscow's violation of another arms treaty. 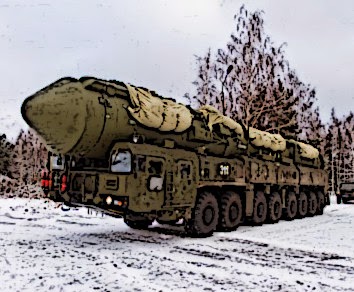 The Pentagon announced Tuesday the United States' Strategic Force Structure designed "to comply with the New START Treaty," as a Defense Department press release notes. It means that 50 Minuteman III missiles — out of a current force of 450 — will be removed from their silos and stored away.

The silos will be kept "warm," that is, available for future use and for re-insertion of the missiles.

But it is doubtful that an administration that has as its goal a world without nuclear weapons and that promised the Russians "flexibility" in the gutting of U.S. missile defense would ever even contemplate such a move. The missiles are gone.

The Air Force now deploys three ICBM wings on its bases in Wyoming (Francis E. Warren), North Dakota (Minot), and Montana (Malmstrom). Each operates 150 ICBMs, with a squadron consisting of 50. The Obama administration proposes getting rid of one of those squadrons.

The remaining 400 deployed ICBMs would be the lowest number since 1962, according to a history of the ICBM force written by Hans Kristensen of the Federation of American Scientists.

The question is why. The New START Treaty was designed for a bipolar world that no longer exists. It ignores China's rapidly growing and increasingly deadly military and missile force as well as threats from an unstable North Korea and a soon-to-be-nuclear Iran.

Meanwhile, Russia is taking the other route, making sure that its arsenal is updated and ready. It recently had its strategic forces carry out a large-scale military drill that included the test-launch of two land-based ICBMs and two submarine-launched ballistic missiles.

Russia has also been testing the Yars-M ballistic missile, a weapon with a range prohibited by the 1987 Intermediate-range Nuclear Forces (INF) Treaty.

The INF prohibits America and Russia from developing, testing or possessing ballistic or cruise missiles with ranges of 500 to 5,500 kilometers.

The Yars-M missile, also known as the RS-26, is a clear and blatant violation of the INF Treaty, according to Mark Schneider, a specialist on Russian missiles at the National Institute for Public Policy in Virginia.

Not only are our land-based ICBMs being slashed, but also the other two legs of our nuclear "triad," ballistic-missile submarines and strategic bombers. The Air Force is trimming its bomber fleet from the current deployed total of 93 to 60 — including 19 B-2 stealth bombers. And by 2018, the Navy will reduce the number of deployed and nondeployed submarine-launched ballistic nuclear missiles to 280 from the current 336.

Some of the missile tubes aboard the Navy's 14 Ohio-class ballistic submarines will be altered so they can no longer launch ballistic missiles.

This is insanity and a clear departure from President Ronald Reagan's doctrine of peace through strength. Weapons do not start wars, but appeasement of tyrants does.

I almost wonder if our C.I.C. wouldn't just let Russian troops march right in and annex the U.S. without firing a single shot as the did in Crimea. It truly is complete and utter insanity.
Josh R.