ANOTHER NEW LOW FOR JOHN KERRY: "We need another intifada" to force Israel to surrender its sovereignty

In anonymous briefing to top columnist, members of Kerry’s team slam Netanyahu, empathize with Abbas, warn Palestine will rise ‘whether through violence or via int’l organizations’

American officials directly involved in the failed Israeli-Palestinian peace process over the last nine months gave a leading Israeli columnist a withering assessment of Prime Minister Benjamin Netanyahu’s handling of the negotiations, indicated that Palestinian Authority President Mahmoud Abbas has completely given up on the prospect of a negotiated solution, and warned Israel that the Palestinians will achieve statehood come what may — either via international organizations or through violence... 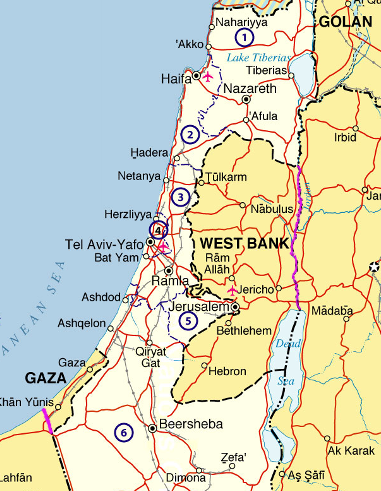 ...One bitter American official told Barnea, “I guess we need another intifada to create the circumstances that would allow progress...”

...In a rare attribution of some blame to Abbas, the Americans said they “couldn’t understand why it bothered him so much” to recognize Israel as a Jewish state. But here too, ultimately, the Americans were empathetic to Abbas: “The Palestinians came to the conclusion that Israel was pulling a nasty trick on them. They suspected there was an effort to get from them approval of the Zionist narrative.

...Israel can expect to face international isolation and possible sanctions from countries and companies across the world if Netanyahu fails to endorse a framework agreement with the Palestinians, Obama cautioned in an interview with Bloomberg at the time. If Netanyahu “does not believe that a peace deal with the Palestinians is the right thing to do for Israel, then he needs to articulate an alternative approach,” Obama said then. “There comes a point where you can’t manage this anymore, and then you start having to make very difficult choices,” he said.

The president went on to condemn Israel’s settlement activities in the West Bank, and said that though his allegiance to the Jewish state was permanent, building settlements across the Green Line was counterproductive and would make it extremely difficult for the US to defend Israel from painful repercussions in the international community. “If you see no peace deal and continued aggressive settlement construction — and we have seen more aggressive settlement construction over the last couple years than we’ve seen in a very long time — if Palestinians come to believe that the possibility of a contiguous sovereign Palestinian state is no longer within reach, then our ability to manage the international fallout is going to be limited,” Obama warned.

Late last year, Kerry -- whose face has been distorted by repeated failed plastic surgeries and now resembles that of Mr. Potato Head -- lashed out at Israel and mentioned the possibility of a "Third Intifida" (i.e., a wave of mass murders of innocent women and children).

Never before, to my knowledge, has an American diplomat hoped for a wave of mass murder on the civilian population of an ally.

I placed the map of Israel above for a reason. The purple borders illustrate how Egypt and Jordan could tear down their security walls and thereby allow Palestinians freedom in Arab lands.

Why doesn't John Kerry talk about that? Why doesn't Barack Obama mention that?

We know why. Indeed, we know exactly why.

Surely not even Kerry could say that, could he?

This does not surprise me the least. There is no doubt that this administration is anti - Israel. Kerry represents what barry really thinks.

When we have a muslim brotherhood infiltrated administration supported by the president himself - this is the end result.
It is no co-incidence.