Why? Because they’ve seen a letter from her doctor!

From Donald Trump and his top surrogates to the right-wing media and its engine rooms of outrage in the blogosphere, Hillary Clinton’s opponents are ramping up efforts to sow doubt over the candidate’s health.

Much in the way “birthers” (Trump was among the most prominent) sought similar ends by questioning President Barack Obama’s citizenship, the “healthers” are using junk science and conspiracy theories to argue that Clinton is suffering from a series of debilitating brain injuries.

There is absolutely no credible evidence to backstop any of these claims, including on the “videos” Giuliani cited. Clinton’s physician — the only person to speak on the record who has actually examined her — has repeatedly affirmed the former secretary of state’s health and fitness for the highest office in the land. 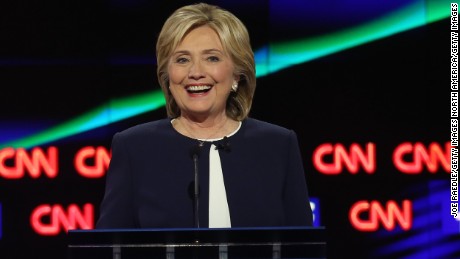 So, let me ask: if only one person has spoken on the record, and hasn’t provided the same level of health records demanded of John McCain, then how do we know? This is the same CNN that ran multiple stories, both print and on TV, about this. For instance, Dr. Sanjay Gupta ran a special on April 1, 2008, all about McCain’s health.

And then this one: McCain faces questions on age, health. There were serious concerns over McCain’s past skin cancers and his age (it was a video no longer coming up).

And here we are again, in an article about McCain allowing a peek at his records: “McCain, a cancer survivor, is particularly under pressure to prove to the public that he is physically fit for office.”

Yet, with Hillary, CNN will not only take her word, they will defend her. Because there’s no reason to prove to the public that she is physically fit for the office, right?