The April 2009 exchanges, which the State Department provided to the watchdog group Judicial Watch, will likely raise more questions about conflicts of interest between the former secretary of state and her family charity.

In one exchange, Doug Band, the former “body man” to Bill Clinton, forwarded an email from an associate to Hillary Clinton aides Huma Abedin, Nora Toiv, and Cheryl Mills.

The unidentified individual had sent an email to Band with the subject line: “A favor.”

“Important to take care of [redacted],” Band, who then served as a top adviser to the Clinton Foundation, wrote to the trio of Hillary Clinton aides.

Abedin replied: “We all have had him on our radar. Personnel has been sending him options.” 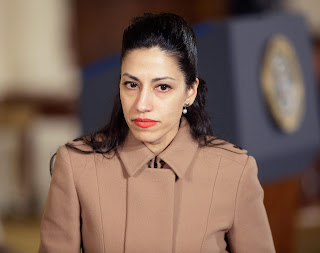 Another email released to Judicial Watch shows that Band asked Abedin and Mills for help in connecting Gilbert Chagoury, a controversial Clinton Foundation donor, to a top State Department official in order to discuss events in Lebanon.

Band asked the Clinton aides to connect Chagoury, a Lebanese-Nigerian billionaire who has given at least $1 million to the Clinton Foundation, to the State Department’s “substance person” on Lebanon.

Band wrote that “Chagoury is ‘key guy there and to us.'”

Abedin identified Jeffrey Feltman as the point man on Lebanese issues. Feltman had served as U.S. ambassador to Lebanon during the George W. Bush administration. He took a job as State Department assistant secretary of state for near eastern affairs in Aug. 2009.

In the email exchange, Band instructed Abedin to call Feltman to help Chagoury.

“This is very important,” the Clinton Foundation official wrote to Abedin.

Chagoury’s relationship with the Clintons has come under intense scrutiny. Last year, Louisiana Sen. David Vitter sent a letter to Sec. of State John Kerry asking whether Clinton’s State Department had held off on designating Boko Haram as a terrorist organization because doing so would hurt Chagoury’s business dealings in the African nation.

Band again emailed Abedin and Toiv — both of whom would later take jobs at Band’s Teneo Strategies — on April 29, asking for another favor.

“Can someone pls call [redacted]? He calls me every day and we owe him some attention,” Band wrote.

Abedin agreed to call the individual, adding the comment that the man was on Clinton’s “top priority list for an ambassadorship” but had been recently turned down by the White House.

The revelations of the emails come as speculation swirls over whether the FBI is investigating the Clinton Foundation for public corruption. Fox News reported in January that such an investigation was being conducted, but FBI director James Comey has declined to confirm or deny the reports.

Judicial Watch has sought records regarding any interaction between the Hillary Clinton State Department and her family’s charity. The watchdog group and other observers have questioned whether Clinton used her position at the State Department to help Clinton Foundation donors and other political allies.

Prior to joining the Obama administration’s State Department, Clinton signed a document in which she agreed to avoid conflicts of interest with the Clinton Foundation.

“For the duration of my appointment as Secretary if I am confirmed, I will not participate personally and substantially in any particular matter involving specific parties in which The William J. Clinton Foundation (or the Clinton Global Initiative) is a party or represents a party,” reads the document, which Judicial Watch cited in a press release.

Band, who now runs the Clinton-connected consulting firm, Teneo Strategies, did not immediately respond to a request for comment about the April 2009 email exchange.

Judicial Watch president Tom Fitton said that the Band email and others it received from the State Department show that Clinton may have broken the law.

“No wonder Hillary Clinton and Huma Abedin hid emails from the American people, the courts and Congress,” Fitton said. “They show the Clinton Foundation, Clinton donors, and operatives worked with Hillary Clinton in potential violation of the law.”