Because Mr. Obama's partners in peace deserve nuclear capabilities, what with their super-happy-fun humiliation of the U.S. Navy, their spread of terror throughout the world, plus collecting $400 million for American hostages. 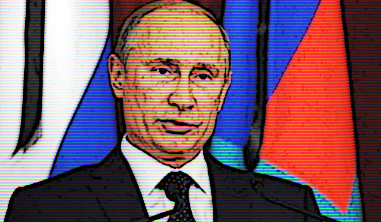 "Iran's Bushehr nuclear power plant has been built based on Russian technology and we have agreed on construction of eight more nuclear reactors for the country," President Putin said on Friday... Russia built Iran's only operating nuclear power reactor, at Bushehr.

...The Islamic Republic signed the Bushehr contract with Russia in 1995 and the nuclear power plant reached its full capacity by August 2012. It is located about 18 kilometers South of the provincial capital.

But at least the "Death to America" crowd is cooperating with the IAEA:

...“We are not obliged to introduce to the International Atomic Energy Agency (IAEA) the nuclear facilities that we are to build in the future and only 180 days before entry of nuclear substances there, we will inform the IAEA of them,” Salehi said.

Hey, I guess this counts as another of Hillary's many accomplishments!

Informative article, but why the numeral in parentheses in the title? Do you think your readers can't read the word "Eight"? Maybe you should also draw a little outline of Russia, and a little stick figure of a "Nuke Plant", and put those in parentheses. Heck, why not make it really easy for us and just switch to pictographs entirely?