In a recent online question and answer on Quora, Hillary Clinton began her answer to a question on gun control by saying, “It’s not that we can’t find common ground. It’s that our lawmakers need to find the courage to stand up to the gun lobby”

There is that word again, the mythical “gun lobby“, some secret cabal of rich gun makers that manipulates pro gun groups, like the NRA, into doing their dirty work of forcing everyday Americans to spend their hard earned money on lots, and I mean lots of guns.

Well to quote my infamous crazy uncle, Joe Biden, it is a “bunch of malarkey”. 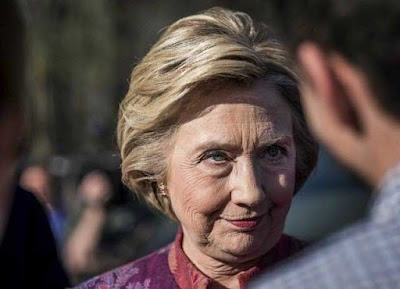 The only "gun lobby" is the millions of voluntary citizen members of the National Rifle Association, The Gun Owners of America, The Second Amendment Foundation and the thousands of state level, pro gun, groups and associations. All made up of folks like me and you.

So make no mistake about it, when Hillary Clinton mentions fighting the gun lobby, she is talking about you. Republican, Democrat and Independent, law-abiding, hardworking, tax paying, mom & pop, gun owners.

She then goes on to prove my point by praising her vice president pick and life long gun banning Democrat, Tim Kane, with this gem.

“We need to elect leaders with the courage to stand up to the gun lobby. That is one of the reasons I admire Tim Kaine. As governor of Virginia, he took on the NRA in their own backyard—and he won. “

So if you like losing your right to keep and bear arms, keep voting for Hillary, as her new supreme court appointments will erase the Second Amendment from our Bill of Rights. Then you can brag to your children how you helped vote the lying law breaker into office, and help take it all away from them.

Oh, and third party voters and #NeverTrumpers, you are just as guilty, too.

For reference, this is a list of just some of the instances where the left has called for Confiscation*

*Given the basic concept of synonyms and by acquiescence one does NOT have to state certain words or phrases in order to be in favour of confiscation.