The Clinton 2016 campaign machine consists of around 1,000 people.

The pace and expectations are unforgiving. A single mistake can get you booted in a nanosecond. According to a report at TruePundit, one well-placed staff who worked with Clinton on a daily basis made just such an error and came forward to reveal what's really going on in the campaign:

Only a small group of people running her campaign know the specifics of Hillary’s health issues. But she is suffering from something. She sleeps approximately 18 hours a day. And some days, she sleeps more.

I’m serious. This is why no one sees her. 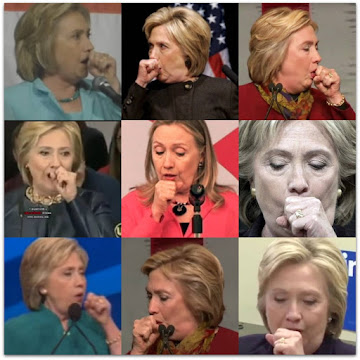 The campaign will never release her medical files to the public. In contrast, they feel if the opposition continues to hammer the issue, it will create a backlash of sympathy...

Why? She doesn’t have to, according to campaign handlers. Her poll numbers have not suffered from not talking to the press but more importantly, Hillary acknowledges that the media has become more of a wild card amid all her scandals and campaign staffers agree it is highly unlikely she could field questions competently without giving Trump fodder to boost his campaign. Think of Clinton in her orange pants suit making wipe-the-server jokes...

It would therefore appear that the Democrats have nominated a very sickly woman who won't speak to the press for fear of putting her foot in her mouth. Not to mention a person who is as crooked as a corkscrew.

But that's the Democrat Party for you, ain't it?

Who are all these new slick websites that have showed up out of nowhere in the last few months. No archives, no author names and have no links, anonymous scoops with nothing to back it up. Makes you wonder who's financing them......

The upside of this is that we have a person who has clawed, scratched, and lied her way to the brass ring, and now we get to see her grab for it and croak.

Horizontally dormant in a concrete sarcophagus is a better description.

1. Are you one of Hillary's paid trolls? Just wondering if they are actually working or just taking the money and smoking pot.

2. With the media operating as Hillary's campaign staff, it is up to average Americans to do their own research on her and share it as best they can.

Advice to 'ex-Clinton staffer' if you are real you better learn to sleep with your eyes open. Rumor has it Hitllery has the Grim Reaper on staff.