When in doubt, assume your audience is stupid and lie to them. It worked for Hillary Clinton and Anthony Weiner, the two people closest to Huma. So why not give it a try? That seems to be the reasoning here.

Top Hillary Clinton confidante Huma Abedin played no formal role in a radical Muslim journal — even though she was listed as an editor on the hate-filled periodical’s masthead for a dozen years, a campaign rep claimed Sunday. 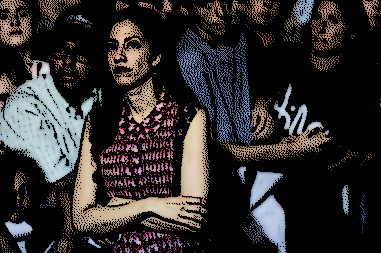 “My understanding is that her name was simply listed on the masthead in that period,” Clinton spokesman Nick Merrill said hours after The Post broke the bombshell story. “She did not play a role in editing at the publication.”

Merrill said Abedin was just a figurehead and not actually on staff at the Saudi-based and -funded Journal of Minority Muslim Affairs, which featured radically anti-feminist views and backed strict Islamic laws roundly criticized for oppressing women...

...Her brother, who was an associate editor, and a sister, also employed as an assistant editor, are listed as staff members.

So, despite being listed for a dozen years as an editor, Huma Abedin never actually edited the magazine. So why was her name on there? Did she happen to know that her name was on there?

Is the Journal in the habit of listing people's names as editors who don't edit it. And how does someone no one has heard of get a position as a figurehead anyway?

These lies are positively Clintonesque in their clumsiness and implausibility.

It works so they keep lying.

"Humatoma" could be both a verb, a noun, or an adjective.... or better yet, it can be something she gives if you don't have flea powder.

and yet there are still "nevertrumpers"...

I think she got the idea from Edititor Ron Paul when he said he didn't edit.

It doesn't matter if the new lie is inconsistent with the old one - that was a long time ago. Nobody remembers! Anyways, that was then and this is now. Move on! Nothing to see here! Hillary, Huma, and Anthony Wiener (and Debbie Blabbermouth Schultz) are perfectly representative of what the Democrat party has decayed into.