COOK POLITICAL: The 2016 Race Is Not Over

Cook Political's Amy Walter dissects the various "yuge" leads the polls are showing for Hillary Rodham since the conclusion of LieFest 2016 the Democrat National Convention --- and she comes to a very rational conclusion: the presidential race is still a jump ball.

According to the chatter in Washington and on Twitter today, the election is over. The Donald Trump campaign literally imploded, sending red hot shards of burning metal across the countryside. The campaign staff is in disarray, RNC leaders are apoplectic and looking for an “out clause” on the nomination. Meanwhile, calls from the GOP elites for elected officials to “Dump Trump” continue to grow. But, pardon me for not going along with the narrative. Do I think Trump is a damaged candidate running a terrible campaign? Absolutely. Do I think that he has zero chance to win and has effectively lost the race in August? No. 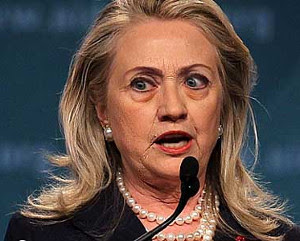 First, we have two of the most disliked and distrusted candidates running against each other in modern political history. That point can’t be understated. It creates much more fluidity and volatility than we’ve seen in our more “traditional” campaigns. As I’ve written before, they are also challenging the traditional coalitions and alliances that we have come to know and understand...

...the disconnect between the elite and the non-elite is bigger than ever. Many of us who cover politics for a living (and I am implicating myself here) spend way too much time in the Twitter feedback loop. Interviewing former Bernie backers and Trump rally-goers isn’t a way to find out what “regular” voters think either. Most voters are only partially engaged in this election. They follow politics the way that I follow the NFL season. I am aware the Super Bowl is in January (or February), but I am not following the day-to-day, week to week rankings, games, scores and trades. The closer we get to the playoffs, the more closely I will start paying attention. We are in August people. There is a long way to go until November.

...At the end of the day, here’s what we know. Trump is running a disorganized, unconventional and seat-of-the-pants campaign that is driven as much by what he sees/hears on cable TV as anything else. This approach won him the primary but it really limits his pathways to 270 Electoral College votes. Hillary Clinton is running an organized and disciplined campaign that lacks the sort of organic excitement or enthusiasm of a “normal” campaign... She is clearly the favorite. But, this race is not over.

Another thing we know: the push polls, the agenda-driven media, and the exhortations of the Beltway insiders on both sides of the aisle are completely ignored by the dirt people in flyover country.

Just as Brexit caught the world's foremost economics "experts" and pollsters by surprise, so too could America's serfs rebel against everything K Street and Wall Street are trying to sell them.

Question: If the Brexit caught most--if not all--of the experts by surprise, why do these same experts think that this time is any different? Yes, they are using the best polls money can buy but that is also why they will be wrong...because the polls are indeed bought and reflect nothing more than wishful thinking on the part of the buyers. In this country today we are all consumed with "confirmation bias" and these polls reflect what we want to believe and not necessarily what is reality. As the revolution is brewing, few people see it for what it is and react accordingly. History can be a great teacher if you just let it! Dr Bill

Crooks and cucks together are perhaps a third of the electorate. Trump has a better chance than Brexit.