Hillary Clinton is telling voters she wants "to build on" Obamacare. But President Obama's signature healthcare law remains highly unpopular because many Americans believe it's not a good deal for them personally.

The president essentially laid out a case for his own law's failures in an article he wrote for the Journal of the American Medical Association.

He wrote: "too many Americans still strain to pay for their physician visits and prescriptions, cover their deductibles, or pay their monthly insurance bills; struggle to navigate a complex, sometimes bewildering system; and remain uninsured."

It was a striking concession. It also shows that the president still has no idea how much damage he's done to Americans' healthcare: 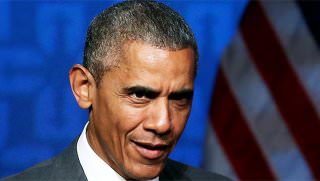 1. "too many Americans still strain to pay for their physician visits and prescriptions…" Drug costs have risen dramatically over the past few years. According to a report last fall from Emory University, the people insured through Obamacare are hit especially hard. Out-of-pocket expenses for medications in a typical Obamacare silver plan are twice as high as they are in the average employer-sponsored plan.

Obamacare insurance also tends to have more restrictions on the doctors patients can see. People may try to get an appointment with their family doctor, only to be told, "Sorry, we don't take Obamacare." They can get hit with a huge bill for a routine office visit that's now "out-of-network."

2. "cover their deductibles…" In a recent poll, two-thirds of Americans said they would have trouble coming up with the money to cover a $1,000 emergency. The average silver plan in the Obamacare exchanges this year has a deductible of more than $3,000. Some Obamacare plans next year will have deductibles as high as $7,000.

If you have to switch insurance in the middle of the year, you could find that you have already paid thousands of dollars toward your deductible, only to have to start over again with a new insurer. This is the situation facing 72,000 people in Illinois and Ohio whose taxpayer-supported health insurance co-ops collapsed over the past few months.

Similarly, you may have to find new doctors or hospitals where your new Obamacare insurance is accepted.

3. "pay their monthly insurance bills…" Even President Obama hasn't been able to ignore the headlines about skyrocketing premiums. Insurers across the country expect to raise their prices an average of 23 percent next year.

The Obama administration predicts that health spending in America will reach a record high of more than $10,000 per person this year. Under Obamacare, millions of people are paying more of this cost themselves.

4. "struggle to navigate a complex, sometimes bewildering system…" America's healthcare system was complicated before Obamacare. The healthcare law took that complexity to a new level. The law was more than 2,000 pages long. Rules and regulations associated with it run to about 30,000 pages.

Ever since the failed launch of healthcare.gov in 2013, the annual ritual of signing up for Obamacare has been a nightmare. Families often have no idea if their doctor will accept their insurance from one year to the next. They also have new paperwork to fill out for the IRS.

The administration also recommends you do hours of research every fall and to switch plans and possibly doctors.

5. "and remain uninsured." President Obama could have said from the start that the law's only real goal was to cover people who didn't have health insurance. He could have admitted that doing this would create more chaos, higher costs and worse care for American families.

The law still would have fallen short. About 29 million people in America still don't have insurance. Last year, the Congressional Budget Office predicted that 21 million people would enroll in coverage through the Obamacare exchanges this year. The number is actually 11 million.

President Obama has finally acknowledged some of the ways his law is failing the American people. Hillary Clinton and Democrats in Washington continue to promise that they can fix Obamacare if we just allow them to make it bigger, costlier and more complex.

That's simply not going to work. The only way to fix Obamacare is to end it and replace it with patient-centered care.

For Barry to admit this means it was never a viable plan.
Until the American people caught on, he thought he was home free.
Clinton was the God-Mother of all this.
Killary is her name.
You never know where things like this lead...
Only time tells the story.
Upon which the people are called to act. Vote Trump, or Vote Soros, the decision is up to you.

It is important to remember that many of the previously uninsured were actually making a good economic decision. I can't tell you the number of 28 and healthy people that never go to the doctor.

But now that decision is taken away from them. They must get insurance. (Thanks John Roberts and leftist supreme court for one of the most ridiculously contorted decisions.) They are financially much worse off than most 50 year olds and end up subsidizing the 50 year olds' insurance. Robbing the poor to pay the rich. Stupid millenials don't know they are getting screwed.