CORRUPT TO THEIR CORE: Lessons from the DNC

What a revelatory week this has been for the Democrat Party. From media collusion, to the resignation of the head of the Democrat National Committee on the eve of the convention, the curtain has been pulled back on the inner workings and modus operandi of the DNC.

Just a few days before the convention Julian Assange’s Wikileaks released over 20,000 emails hacked from the DNC. From the publically exposed internal emails what many of us have suspected was verified, that the DNC colludes with the mainstream media on their reporting. As one source described the collusion, “The intimate relationship between the Democratic Party and the media isn’t just a conspiracy theory dreamed up by paranoid conservatives. Turns out, there’s more bias in some newsrooms than there is at a Lois Lerner auditing party. From reporters giving party officials a chance to edit or comment on their stories to outright dictating what questions Democratic officials will be asked on air, the collusion uncovered in the pages of messages is astounding — even for the most cynical media critic.”

Another dubious practice with the mainstream media was also revealed.

Over 15 specific recent examples were exposed of mainstream media “draft sharing” their stories before publication. Draft sharing is a practice of sharing the drafts of stories with sources before the stories are published. 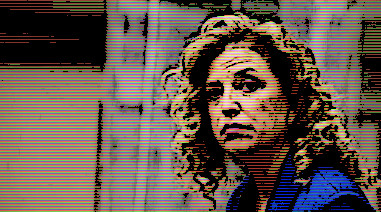 While not illegal, from a reporting standpoint, the practice is unethical, according to journalism experts. Renita Coleman, a professor of journalism at the University of Texas at Austin, has said, “It’s been a time-honored code that you don’t show sources stories before they run.” Edward Wasserman, the Knight Chair in Journalism Ethics at Washington and Lee University, said that draft sharing is “hard to square with even the most source-friendly reporting practices.” No wonder the mainstream media sounds and acts like they’re simply the propaganda arm of the DNC.

Another media analyst made the observation, “The Left must know that it can’t win the war of ideas on a level playing field, so it resorts to lying, slander, and outright distortion — in many cases, with the liberal media’s help. Of course, the people most hurt by the press’s bias aren’t conservatives — they’re the American people, who never really get to know the truth about their candidates.”

The leaked emails also proved that the DNC purposefully tilted the political playing field in Hillary Clinton’s favor, sabotaging the Bernie Sanders campaign, much to the chagrin of Sanders’ supporters. The most egregious was denying the Sanders campaign access to the DNC voter database. Most political analysts are now saying had this not been done, Bernie would have won the nomination with the requisite number of delegates from the primaries. The revelations led to the resignation of Debbie Wasserman Shultz as the head of the DNC, on the eve of the convention. An underling gaveled in the first days of the convention.

But true to form for the party of corruption, Shultz was rewarded immediately by the Clinton campaign, by naming her as the honorary chairman of the Clinton campaign. Based on how she was running the DNC, through the lens of the leaked emails, it would appear she had been functioning as a de facto Clinton official all along.

Predictably, Clinton and the DNC blamed the Wikileaks revelations on the “vast right-wing conspiracy.” Mrs. Clinton’s campaign manager Robby Mook, claimed on ABC’s “This Week” that they were leaked, “by the Russians for the purpose of helping Donald Trump.” Mook offered no evidence, of course, which only further invests the Clinton campaign more in their conspiracy theory of a “vast right wing conspiracy.” If anything, the DNC emails prove there’s a “vast left wing conspiracy” of collusion between the party and the mainstream media.

The DNC emails also prove how they take for granted the Hispanic and the black vote. Multiple emails from DNC staffers referred to the “buckets” of voters, based on race. They further prove how they take those voters for granted by claiming that they are the most “brand-loyal” voters for the party. It should be immensely disturbing to those voters that they’re assumed to be so loyal that they are merely blind puppets of the party that panders to their special interests.

Equally disturbing was the pejorative way they are sometimes referenced by the DNC. One staff member, and Obama campaign veteran, Rebecca Christopher, referred to their courtship of Hispanic voters as “taco bowl outreach.” That kind of “branding” should cause all sentient Hispanic voters to rethink their commitment and fealty to the DNC.

As if to not let Jewish voters feel left out, on the first day of the convention, Congressman Hank Johnson (D-GA), compared Israeli settlers on the West Bank to “termites.” Rabbi David Wolpe, writing in Time after the Johnson gaffe, was astounded at the “shockingly limited amount of play in the press,” the statement received. Especially, as Wolpe points out, since the “terminology evokes some of the worst expressions of historical anti-Semitism—those moments in time when Jews were characterized as ‘vermin’ and targeted for ‘extermination.’”

As the New York Observer printed earlier this year, in a pieced titled, “Sooner or Later the DNC will Have to Face Its Corruption Issues,” the DNC has “come under scrutiny throughout the Democratic primaries, from rigging the debate schedule, to inciting a lawsuit from the Sanders campaign over access to voter database files, to colluding with the Clinton campaign through a joint fundraising committee—the Hillary Victory Fund—which was recently accused of violating campaign finance laws. The fund has also been linked to buying the support of superdelegates as the Clinton campaign gets to decide where and how much money goes to state Democratic Parties.” The piece linked much of the corruption to “the fear of retribution” from the DNC and party leaders, which “has been silencing Democrats for way too long.”

Neither of the major parties is immune to the foibles, follies, and imperfections of the individuals either leading or working in them. But the Democrat Party, at least at the national level, appears to be corrupt at its very core, as copiously evidenced by the leaked DNC emails. Perhaps it’s time for all cognitively functional Democrats, especially Hispanics, Jews, and blacks, to rethink their blind party loyalty.