A recent report by the Department of Justice (DOJ) Inspector General found that the Obama administration has forked over millions of dollars to sanctuary cities – state and local jurisdictions with policies that impede the enforcement of federal immigration law. (DOJ OIG Report, July 28, 2016) According to the report, an astonishing 63 percent of all active DOJ grants – including those made through the Edward Byrne Justice Assistance Grant Program (JAG) and the State Criminal Alien Assistance Program (SCAAP) – went to just ten jurisdictions, all who embrace dangerous sanctuary policies. Collectively, these recalcitrant jurisdictions received a total of $342 million in taxpayer-funded grants as of March 17, 2016. These jurisdictions include: the States of California and Connecticut; Cook County, Illinois; New York City, New York; and Philadelphia, Pennsylvania.

The aforementioned findings were released several weeks after the DOJ’s Office of Justice Programs distributed new guidance that would deny federal law enforcement grants to jurisdictions that do not comply with 8 U.S.C. § 1373. (See FAIR Legislative Update, July 12, 2016; DOJ Letter to Culberson and Guidance, July 7, 2016) This statute explicitly prohibits sanctuary policies that impede cooperation between federal, state, and local officials when it comes to the sending, requesting, maintaining, or exchanging of information regarding a person's immigration status. Now, according to the guidance, state and local jurisdictions that refuse to comply with 8 U.S.C. § 1373 will no longer be eligible for grants through the JAG and SCAAP programs. 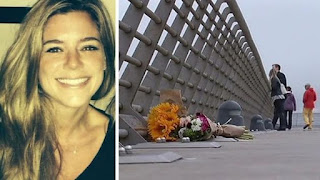 The Inspector General’s report was issued at the request of Rep. John Culberson (R-TX), who gave a stern warning to the jurisdictions that were mentioned. “In this report, the [Inspector General] confirms that ten of the nation’s largest grant recipients are not in compliance with 8 U.S.C. § 1373,” Culberson said. (Culberson Press Release, July 29, 2016) “If these ten jurisdictions do not repeal their sanctuary policies to comply with this federal immigration law, they will not be eligible for [JAG and SCAAP] law enforcement grants and could be subject to civil and criminal penalties.”

While the DOJ’s guidance was lauded by FAIR as an encouraging development in the fight against dangerous sanctuary jurisdictions, the Inspector General’s findings underscore the need to close a loophole in existing law to fully shut off the exorbitant amount of federal money being pumped into sanctuary cities. Specifically, 8 U.S.C. § 1373 does not require the collection of immigration information, so many sanctuary jurisdictions simply refuse to do so and are technically in full compliance with the law. The new guidance points this out, "[8 U.S.C. § 1373] does not impose on states and localities the affirmative obligation to collect information from private individuals regarding their immigration status, nor does it require that states and localities take specific actions upon obtaining such information." (DOJ Letter to Culberson and Guidance, July 7, 2016) Thus, in order to prevent sanctuary jurisdictions from circumventing the intent of the DOJ's guidance, Congress must amend 8 U.S.C. § 1373 to require the collection of immigration information from all detained aliens. One bill that accomplishes this important goal is Sen. Jeff Sessions's (R-AL) "Protecting American Lives Act" (S. 1842) and FAIR urges its swift passage.