The U.S. Government Accountability Office (GAO), the go-to federal oversight agency, conducted an audit of ATF and found it does not remove certain identifiable information, despite the law explicitly mandating it do so. GAO conducted reviews for four data systems, and concluded at least two of ATF’s systems violated official protocols.

One of the data-collecting systems called Multiple Sales (MS) requires that multiple firearms purchased at once must be reported to ATF by the federal firearms licensee (FFL). ATF policy requires that the bureau internally removes particular data from multiple gun sales reports after two years if the firearm has not been traced to criminal activity. GAO found that ATF does not adhere to its own policy. In fact, “until May 2016, MS contained over 10,000 names that were not consistently deleted within the required 2 years.” 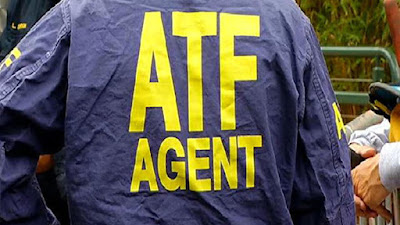 Another system called Access 2000, or A2K, establishes servers to be used by National Tracing Center (NTC) personnel. The NTC can electronically search FFLs’ records for certain information needed to track the history of a firearm.

While GAO’s investigation revealed that A2K for currently-operating FFLs complied with formal policy, A2K for out-of-business FFLs did not comply with the restrictions “because ATF maintained these data on a single server.” They were directed to get rid of this consolidated information and did so in March 2016. Furthermore, GAO found that ATF does not, but potentially should, have an outlined policy that specifies how out-of-business FFLs should submit documentation of compliance or share pertinent information.

Accumulating and centralizing such data can become harder to maintain as time goes on. GAO recommends that ATF eliminate or at minimum obfuscate the unnecessary data to comply with federal law and to ensure that unnecessary information isn’t vulnerable to breaches or internal infractions.

GAO said they conducted this study not only so ATF can “better adhere to its policies” as the title of the report states, but also because the bureau has a role in “protecting the privacy rights of law-abiding gun owners.”

According to the report, ATF has agreed to GAO’s recommendations.

More like, confirmed what most of us already figured.

And when they tell you don't want to Confiscate, Ban, or repeal the 2nd amendment - They are LYING: